The command centre: behind the scenes at the CPCO

In 2015, in an exceptional operational context, the armed forces command underwent a major transformation, with the ministry's separate commands and services being transferred to a single address, in Balard, in Paris's 15th arrondissement. Since then, the Chief of the General Staff has had his whole command team gathered around him in one place, and the Centre for Planning and Execution of Operations is at the heart of this new command headquarters.

The CPCO at the heart of its new setting

Located in the Hexagone Balard centre since summer 2015, the Centre for Planning and Execution of Operations, or CPCO, is a separate organisation under the control of the Chief of the General Staff. It caters for the need to concentrate and rationalise the command structure that supports the Chief of the General Staff in his duties as military advisor to the government and operational commander of deployed French forces.

It is positioned at the heart of the Operations Centre, a top-security building that received special attention during its construction and saw close coordination between the architects and future users. Finally, those who work here are able to benefit from state-of-the-art ergonomics and the latest functional tools.

Both a decision-making support unit and permanent command centre, the CPCO is in immediate proximity to the other entities of the ”operations community”: operational commands of the three armed forces, Special Operations, Cyber Defence, Nuclear Forces, and Joint Space Command. Grouping them together in this way enhances the synergy between the different actors, facilitates the planning and execution of operations, and optimises the decision-making process.

The CPCO is at the nexus between political power and the military high command. As such, it translates government directives and guidelines into planning and operational responses for delivery by the armed forces. It is also a crucial component for preserving the French President's freedom of action in deciding whether or not to deploy the armed forces. This original French mechanism makes it possible for forces to be deployed extremely rapidly, and means the CPCO is able to act quickly, while managing the complexity of an interministerial environment. 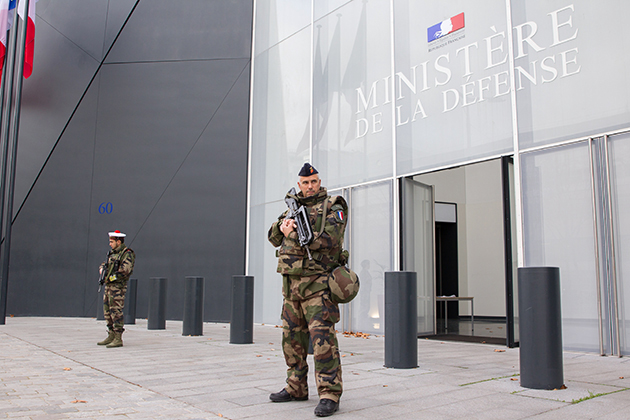 In its strategic anticipation capacity, the CPCO has responsibility for advising the Chief of the General Staff and contributing to drawing up his military strategy, through pre-decision-making planning centred on armed forces deployment.

In its planning capacity, it collects and continually updates the information required by the Chief of the General Staff to fulfil his political and military responsibilities and, as and when necessary, suggests military responses to potential or current crises.

In its operations execution capacity, it provides the Chief of the General Staff with its operational expertise and the cumulative experience of all past overseas operations carried out by the French armed forces since the end of the Algerian War.

Adapted to the times, the CPCO acts in a three-dimensional capacity, as part of a mixed-force, interministerial and multinational approach. Among its staff are a dozen liaison officers from allied nations, and its resources can be used to set up a strategic-level European defence staff to command a mission in the framework of EU security and defence policy.

In a context of increased insecurity, jihadist terrorism and new threats to cyber security, in a continuum of conflict that stretches from Sahel to the Levant to France itself, the CPCO's 250 staff of all ranks, from across the armed forces, directorates and services, work 24 hours a day, seven days a week, to ensure the ongoing strategic command of the operational engagements of the French armed forces.

Some crises need specific, heightened support. The centre's matrix structure by geographical zones and skill areas means that dedicated units can be set up on demand, according to the circumstances.

Between 2015 and 2016, three crisis units were set up successively, which then operated alongside one another: the Levant crisis unit, the Central African Republic crisis unit and the National Territory crisis unit, established with the terrorist attacks of January 2015 and reinforced after those of 13 November 2015. 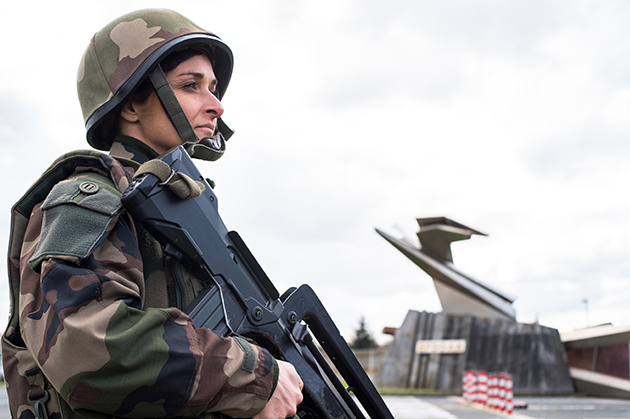 A strategic tool to support the Chief of the General Staff, entirely dedicated to operations, the CPCO is continually adapting to the political and geopolitical context and to changing threats and risks, and its structure and processes are constantly evolving, with the development of information and command tools overseen by its Operational Monitoring and Situation Centre (CSVO).

As proof of its capacity to adapt, since 2016 it has had a cyber officer and cyber defence operations centre, while it has also developed processes to improve the integration of the various operational controllers of the theatres of operations.

The strategic ”nucleus” of joint operations, planned and implemented on national territory or outside French borders, the CPCO currently has three major missions under way - Operation Barkhane in Sahel, Chammal in the Levant and Sentinelle in France - and directs the contribution of the French armed forces in ten other operations.

Source: Chief of the General Staff