Right from the start of the Second World War, Norway attracted the attention of the belligerents. It lay at a strategic maritime crossroads, its fjords could accommodate a large fleet, and iron ore from Swedish Lapland, potentially invaluable to the German war effort, passed through the port of Narvik.

The Soviet Union's attack on Finland in November 1939 gave rise to an initial plan to send in French and British troops. To that end, in France, Colonel Béthouart was charged with forming an expeditionary force. Strategic disagreements and Finland's surrender rendered these preparations worthless.

New plans were being drawn up when, in early April 1940, Hitler launched his attack on Norway. In a day, by means of a series of naval air force operations, the Germans took control of the main ports, despite bloody counter-attacks from British vessels. 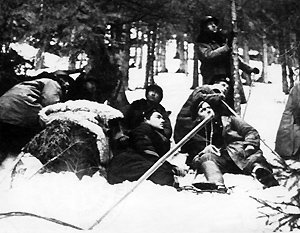 French sailors in a wood during the German bombardment of Namsos. Source: ECPAD France

The first Allied retaliation focused on Trondheim, in the middle of the Norwegian coast The direct offensive on the city, by sea, was backed up by land attacks at Andalnes and Namsos. The latter saw the participation of the 5th Demi-Brigade of Chasseurs Alpins, the elite French mountain infantry. The fighting took place in severe cold and snow, under waves of bombardments. While the British and Norwegians reeled under the Luftwaffe's air strikes, the French held onto a blazing Namsos. A few hard-won breakthroughs did not prevent the situation from worsening, and the War Office decided to recall the troops. 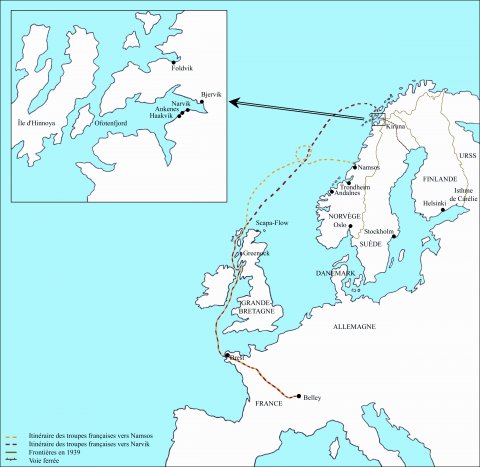 High Command wanted the main thrust to centre on Narvik. Three British battalions landed to the north of the Ofotenfjord, joined by the 27th Demi-Brigade of Chasseurs Alpins and the 13th Demi-Brigade of the Foreign Legion (13th DBLE), under the command of General Béthouart.

While the Chasseurs Alpins and Norwegians took the offensive to the north of Bjervik, the 13th DBLE seized the town.

The operation on Narvik was launched on 28 May. Legionnaires and Norwegians reached Orneset. To the south, two Polish battalions attacked Ankenes and Bjersfjord. Clinging to a plateau overlooking the town, the Germans retaliated, with support from the air. Under the bombardments, the Allied forces regrouped, occupying the ridges and forcing the enemy to retreat. French and Norwegians marched victoriously on Narvik, while the Polish linked up with members of the Foreign Legion in Bjersfjord. The Germans were pushed back. 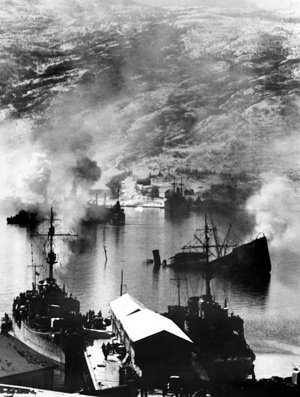 Ships in flames in Narvik Bay, after the attack by the British fleet in the first days of the war. Source: Rights reserved

Meanwhile, there had been a dramatic turn of events in France: the panzers had broken through the French lines and the British Expeditionary Force was surrounded at Dunkirk. The order was given for the Allied forces to withdraw from Norway. On 7 June 1940, the troops set sail for Brest, where they arrived a few days before the end of the fighting.

The Allied troops mobilised in Norway

Two-thirds of the 13 400 land troops mobilised were French and Norwegian, and one-third British and Polish.

The British commanded the Allied operations in Scandinavia.

The British naval forces consisted of the battleships Warspite and Resolution, the cruisers Southampton, Effingham, Aurora, Enterprise and Vindictive, the anti-aircraft cruisers Cairo, Coventry and Curlew, the aircraft carriers Furious, Ark Royal and Glorious, and the destroyers Acasta and Afridi.

The commander of the French Scandinavian Expeditionary Corps was Major General Audet and its chief of staff was Major Goybet.

The French land forces were comprised of one division of Chasseurs Alpins (mountain infantry) and one Foreign Legion unit. 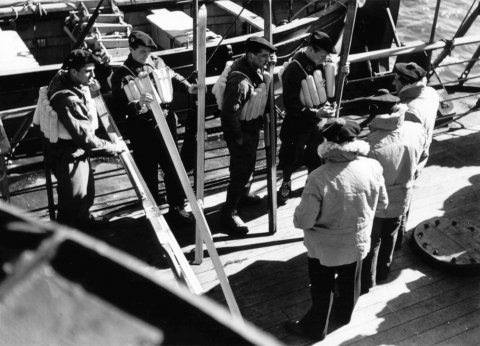 Chasseurs Alpins on their way to Norway. Source: ECPAD France 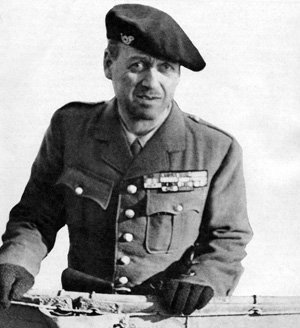 The 13th Demi-Brigade of the Foreign Legion, at the time comprised of two battalions, was deployed to Norway. 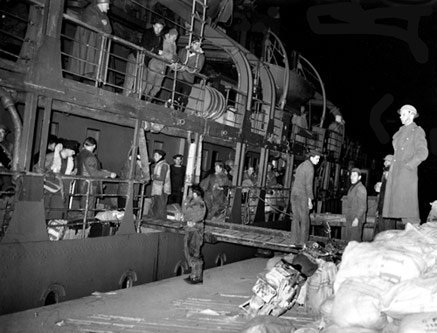 Under the command of General Bohusz-Szysko, the Podhale Rifles Brigade, formed on 9 February 1940 in Coetquidan, Brittany, was comprised of four battalions. Incorporated in the French 1st Light Infantry Division, it took part in the Narvik offensive. After the Norwegian Campaign, it provided the defence of Mont Saint-Michel, before returning to England, where some of its troops joined the Foreign Legion unit formed by General de Gaulle. 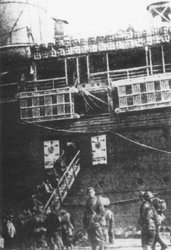 German prisoners in the charge of Polish troops and a Norwegian officer. Source: ECPAD

Description of the French forces mobilised in Norway

The 5th Demi-Brigade of Chasseurs Alpins:

This unit sent to Norway was formed of the 13th, 53rd and 67th Battalions of Chasseurs Alpins, France's elite mountain infantry. After evacuating Norway, and before being disbanded in July 1940 following the armistice, the 5th Demi-Brigade of Chasseurs Alpins was incorporated in the 40th Infantry Division to go on fighting. Re-formed in 1945, the 5th Demi-Brigade of Chasseurs Alpins took part in the Battle of the Alps and the occupation of Austria, before being disbanded once more. The unit was re-formed for the last time for the Algerian War, between 1954 and 1959.

The 27th Demi-Brigade of Chasseurs Alpins:

This unit sent to Norway was formed of the 6th, 12th and 14th Battalions of Chasseurs Alpins. Landing at Brest, France, a few days before the armistice, the 27th Demi-Brigade of Chasseurs Alpins was demobilised at Grenoble in August 1940.

The flag of the Chasseurs Alpins bears the inscription: NORWAY 1940

The 13th Demi-Brigade of Chasseurs Alpins: 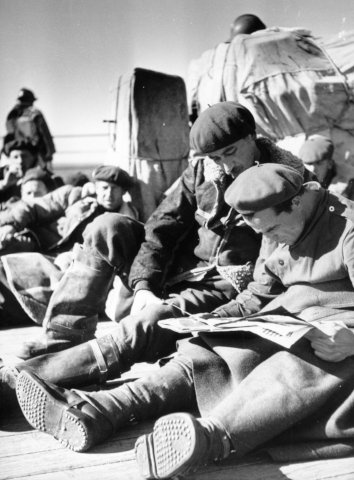 Legionnaires on their way to Norway. Source: ECPAD

In February 1940, in Algeria, a group was formed to fight in Finland which, on 27 March 1940, was given the name 13e Demi-Brigade de Marche de Légion Étrangère (13th Provisional Demi-Brigade of the Foreign Legion), or 13th DBMLE. After the Norwegian Campaign, this battalion disembarked in Brest, then withdrew to England where, on 1 July 1940, while the 13th DBMLE was repatriated to Morocco, part of the unit chose to join the Free French Forces and, after the 13th DBMLE was disbanded, became the 13th Demi-Brigade of the Foreign Legion, or 13th DBLE. The 13th, in its own right or as part of battalions forming corps, took part in a large number of battles in the Second World War, between 1940 and 1945. The unit was then restructured and mobilised in Indochina, from 1946 to 1955. From July 1955, the 13th DBLE took part in the Algerian War. Following Algerian independence, the unit was posted to the Republic of Djibouti, where it remains stationed today, participating in the defence of that country.

The flag of the 13th Demi-Brigade of the Foreign Legion bears the inscription: BJERVIK 1940-NARVIK 1940 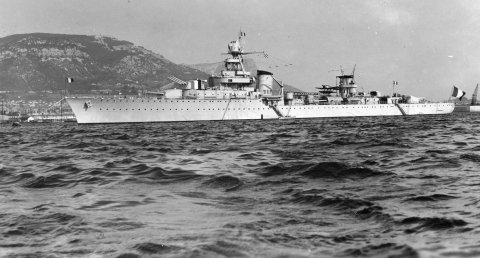 Launched on 9 May 1933, the Émile Bertin entered service in 1934. The flagship of the Émile Bertin group known as Force ”Z”, between 13 and 25 April 1940 it took part in operations in the North Sea and along the Norwegian coast, where it was damaged by a German bomb. After the Norwegian Campaign, it joined the naval forces stationed in the Antilles. It then took part in the landings in Italy and France, transporting large numbers of troops. In late 1945, it was sent to Indochina with the mission of repatriating members of the French Expeditionary Force in Shanghai, then took part in the operations to reoccupy Tonkin. Assigned to the Toulon naval schools in 1947, it was decommissioned in 1959 and used as a fixed base, before being struck from the fleet lists on 27 October that year.

The third vessel by this name, the Montcalm was launched on 26 October 1935 and entered service in 1937. In April 1940, it relieved the Émile Bertin to take part in the evacuation of Namsos. Sent to the Mediterranean, it was stationed in Algiers from 19 May, returning to Toulon with the attack on Mers-el-Kébir. It played a notable role in the defence of Dakar on 23, 24 and 25 September 1940, the liberation of Corsica in September 1943, the Allied landings in Normandy and Provence, the Battle of Toulon, and in the various operations that followed on the Mediterranean coast. When the war ended, it took part in exercises and liaison missions, before serving its last campaign in Indochina. Assigned to the École des Armes Sous-Marines in 1959, it ended its career ten years later. 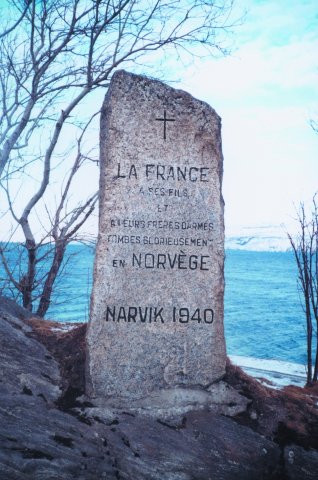 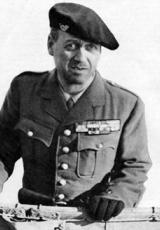