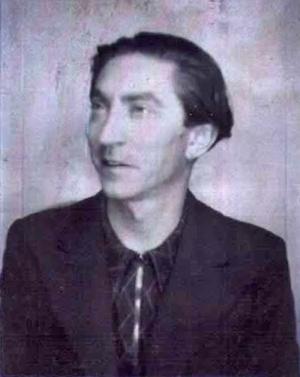 Benjamin Wechsler (or Vecsler) chose the name B. Fundoianu to start out as a writer. Writer from an early age, he left a considerable amount of work behind in the Romanian language. Fondane belonged to this line of Romanian writers attracted by the influence of French literature. He arrived in Paris in 1923 under the name of Fundoianu and became Benjamin Fondane. Despite the hopes he placed in it, Fondane never fully supported surrealism. In 1928, he joined the "Discontinuité" group and appreciated René Daumal's "Grand Jeu".

But it was his meeting with Léon Ghestov which was decisive for Fondane, influencing his life and works. From then on, all of his work was written in French. In 1933, his poem Ulysse and his essay Rimbaud le voyou, were published: existential thought, in opposition to the interpretation of Breton and the surrealists. Regarding Faux traité d'esthétique (1938), although it contains a lively critic of surrealism, it presents existential poetry.

Fondane's poetry, as discovered in Ulysse (1933) and Titanic (1938), is bitter and prophetic. All of his poems together under the title Le mal des fantômes form a sort of existential odyssey where the dominant figure is an errant poet who embodies the destiny of man, of the poet, and of the Jew. In 1936 La conscience malheureuse was published, his first philosophical book, containing essays on Ghestov, Kierkegaard, Husserl, Heidegger, etc. Fondane was passionate about theatre and he wrote several plays: dramatic poems, metaphysical dramas (Le festin de Balthazar, Philoctète), etc. He worked at Cahiers du Sud, where he wrote the "Philosophie vivante" section.

He obtained French nationality in 1938 and was drafted in 1940. He was taken prisoner, but escaped; taken again, he was then freed for health reasons. He spent winter 1942 writing Baudelaire et l'expérience du gouffre. At the same time, he began L'Être et la connaissance, essays on Lévy-Bruhl, Ghestov and Lupasco. His last essay Le lundi existentiel et le dimanche de l'histoire was a philosophical testament. He exposed his philosophy of freedom, of the possible of the dazzling victory over History conceived as a necessity.

He was arrested in March 1944. He was imprisoned in Drancy and deported to Auschwitz, where he was assassinated in a gas chamber on 2nd (or 3rd) October 1944.

The name Benjamin Vecsler is written on the Memorial de la Shoah.