The memory of one of the darkest episodes in the history of Ariège; a hundred Jewish children, aged between 5 and 16, were the victims of the Vichy administration.

Château de La Hille in Montégut-Plantaurel, near Pailhès, preserves the memory of one of the darkest episodes in the history of Ariège; a hundred Jewish children, aged between 5 and 16, were the victims of the Vichy administration. Having become orphans following the Crystal Night and the wave of anti-Semitic operations that spread across Nazi Germany, a number of Jewish German children fled to England, Belgium and France where they were taken in by charitable organisations.

Chased out of Belgium by the Wehrmacht offensive in May 1940, a hundred of them, after a six-day journey in animal lorries, reached Villefranche de Lauragais and then Seyre. On their arrival, they were taken in by the mayor, the château owner and the French Red Cross. The lack of food and the harsh winter of 1940-1941 forced the group to go to Château de La Hille in Montégut-Plantaurel, half way between Toulouse and the principality of Andorra.

In the summer of 1941, due to the intervention of the American Friends Service Committee (Quakers), 20 of the youngest were taken to the United States and two others were saved by relatives in America.

In August 1942, the forty-five oldest were arrested by French police and interned in the Le Vernet camp. The Swiss government intervened and secured their release from Vichy. The children then tried to flee to Switzerland with the help of the headmistress and Anne-Marie Piguet (the head of an escape network to Switzerland).

Those who were held back by border guards and returned to La Hille tried to reach Spain over the Pyrenees. Those less fortunate were sold by people-smugglers to the Germans and Franco before being deported. Others ended up joining the French maquis (resistance fighters). A commemorative stele was erected on 17 September 2000 and a museum relating the history has been set up in the château.

As a reminder of the role of a safe haven, a monument to the Rights of Man was erected on common land in 1993.

A commemorative plaque in the château

The wording on the commemorative plaque mounted near Château de La Hille tells of the journey taken by the German Jewish children persecuted by the Nazi regime who became victims of the Vichy administration, many of whom survived thanks to the support of the Red Cross and local residents. Jacques Roth, a former resident and now a writer, was the author:

"In the darkest hours of the 20th century, the five hundred year old Château de la Hille provided a haven of peace for a hundred Jewish refugee children from Germany, fleeing from the terror and racial hatred which was spreading in waves across Holland, Belgium and a large part of France. Having arrived at the château in 1941, they lived there surrounded by the benevolence of the local residents and in the good care of a group of young Swiss Red Cross workers, Aid to Children: Maurice and Eléonore Dubois, Rösli Näf, Eugen Lyrer and Emma Ott. Their only too brief respite ended with the raids of August 1942, when the forty or so over sixteen years old were arrested by the police and taken to the le Vernet Camp in Ariège, the first stage of their journey to the death camps to which they were destined. Alerted to the fact, Mister Dubois, the director of the organisation, came immediately to Vichy where he managed to break down the door of the highest State police officer and succeeded in rescuing "his children", as well as the adults accompanying them, from deportation. The "Hillois" were able to return to their château. However, the feeling of security never returned. In November 1942, with the arrival of German troops across the whole country and sensing the threat once again, the older ones started to disperse. Twenty-five of them tried to reach Switzerland. Twenty succeeded but five were arrested. Ten sought their salvation by taking the shortest route over the Pyrenees but five did not make it. Others were taken in by local farmers. Some of the young girls found sanctuary in a convent. Some joined the maquis and one of them was killed by enemy bullets. Of the ten "Hillois" deported to Auschwitz, just one survived. Throughout its history, the château has never been the setting for an armed battle, but in this last episode it was witness to the victory of humanity over barbarity. The elders of la Hille say thank you to it, as well as to the residents of Montégut Plantaurel and its surrounding area." 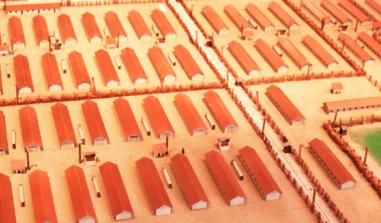 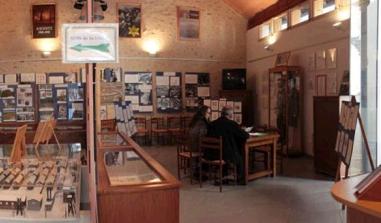