Given that General de Gaulle’s renown transcends national boundaries, it is only natural to see remembrance events held in his honour by a number of foreign partners. Such was the case in Lebanon.

As part of Operation Daman, close to 700 French servicemen and women and a company of Finnish infantry currently contribute to the United Nations Interim Force in Lebanon (UNIFIL) by arming part of the operation’s command and its Force Commander Reserve (FCR). This operational unit of UNIFIL carries out missions across the whole area of Southern Lebanon, in close cooperation with the Lebanese armed forces. The French contingent involved in Operation Daman was thus keen to be associated with the “De Gaulle Year” commemorations, naming the parade ground at the Deir Kifa camp in Lebanon after “Commander Charles de Gaulle”.

On 9 November, the anniversary of the General’s death, the plaque was finally unveiled and the parade ground named. In the presence of Anne Grillo, French ambassador to Lebanon, and General Jean-Pierre Fagué, France’s military representative in Southern Lebanon, a ceremony was held with the participation of Operation Daman peacekeepers. 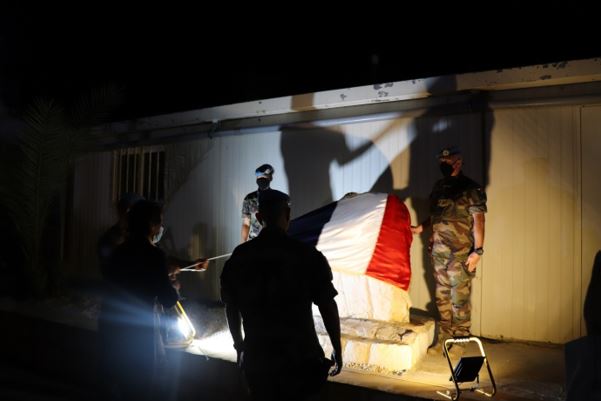 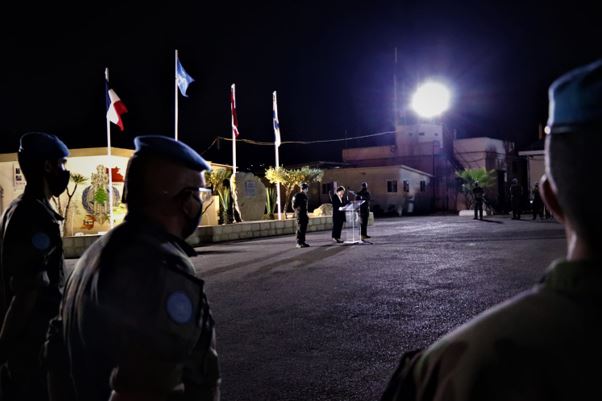 In his speech, Colonel Grégory Colombani, the current commander of Operation Daman’s French contingent, who was behind the project, explained the reasons why General de Gaulle was so attached to the “country of the cedars”: “Charles de Gaulle forged an unfaltering bond with Lebanon and bequeathed to future generations here the timeless principles of hope, tenacity and unity.”

De Gaulle discovered the Middle East when he was assigned to the military staff of the Levant in Beirut, between 1929 and 1931. That experience made him fully aware of France’s historical role in the region. During his stay, he came to the conclusion that the time had come for independence for both Lebanon and Syria, whose accession to the League of Nations would be accompanied by a treaty of alliance with France.

Thus he exhorted Lebanese youth to ready themselves for the “heavy responsibilities of freedom”. This period spent in Lebanon was for de Gaulle also a time of discussion about the French army, involving talks among the circle of officers in Beirut.

The General made two visits to Lebanon as the leader of Free France. During a tour of the region in July 1941, he reaffirmed French rights in the Levant alongside his British ally, through the Lyttelton-de Gaulle agreement: from then on, the Middle East formed a single theatre of operations, requiring coordination between the two armies’ defence policies. On 27 July, from Beirut, he declared: “The free and proud Lebanese are the only people [...] whose hearts have never stopped beating in time with the heart of France.” A few weeks later, General Catroux proclaimed the independence of Lebanon and Syria and the opening of talks for the signing of bilateral treaties comprised of military, economic and cultural aspects.

From August to September 1942, shortly after the triumph of the Battle of Bir Hakeim, de Gaulle undertook another five-week tour. Greeted with enthusiasm by the Lebanese population, he met with civilian and military officials and various religious leaders. His goal was to uphold the principle of the treaty and to highlight the advantages to each party, in view of the refusal by certain political leaders to accept this avenue.

Colonel Colombani ended his speech with a reminder of the legacy bequeathed to French soldiers and those deployed in the Levant: “Pragmatism, determination, commitment and honour: these words that guided the life of Charles de Gaulle continue to orient the paths of French soldiers, who have chosen to courageously face up to the realities of this world. This will to act, this French spirit is what makes the people of France always able to bounce back and resume the great path of their destiny, never settle for defeat, choose conquest and embrace boldness. The legacy of this French vision, from this nation that is strong when it is united, is borne by the soldiers of Operation Daman today, in our mission to restore peace and stability to Southern Lebanon.”

The inauguration had particular resonance for this mandate of the 501st Tank Regiment. A number of members of this military unit were made Companions of Liberation. Their successors today are guardians of the traditions associated with that status.

To mark this commemorative event, an information panel was also installed with support and funding from the Ministry of the Armed Forces Directorate for Heritage, Remembrance and Archives (DPMA) and the Fondation Charles de Gaulle. 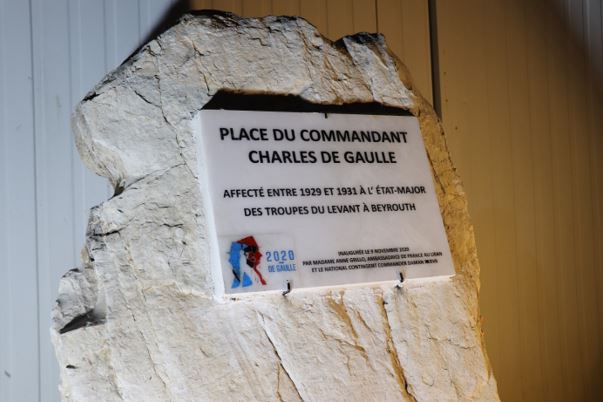