Liberation of the Lorient Pocket

June 6, 1944, the Allies land on the Normandy coast. Day after day, they advance further into Normandy with the German lines being breached at Avranches on 30 and 31 July 1944. In early August, the Brittany route was opened. At the beginning of autumn 1944, with the exception of Alsace and the Atlantic pockets, the entire French territory is fully liberated. 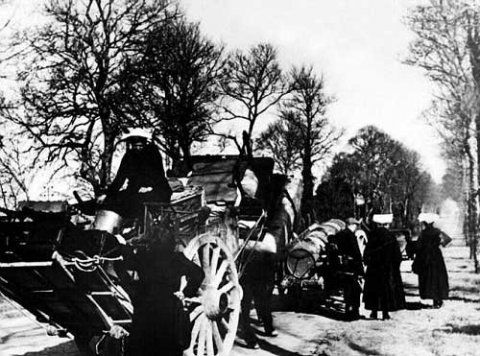 The Atlantic front was defended by 100,000 men protected by the powerful Atlantic Wall system: 1,000 blockhouses, 1,300 artillery protected by mines and barbed wire.

Lorient houses a submarine base built in the autumn of 1942 completed by a line of fortifications 24 km long, from Laïta to Pont Lorois and ”tobruks” i.e. individual holes. Kilometres of barbed wire were installed and numerous obstacles of the concrete hedgehogs type littered the beaches. And mines were laid throughout this area.

On 1 August 1944 the third army of general Patton entered Brittany by breaching the front at Avranches. In the face of the Allies advances, supported by the French resistance, the Germans withdrew towards the strongholds of Lorient and Saint-Nazaire.
General Farmbacher, commanding officer of the Lorient fortress, left his headquarters in Pontivy and fell back to Lorient. From there, on Hitler's orders, he reorganised the troops. On 7 August 1944, close to 26,000 German soldiers were holed up in Lorient. He then had the bridges and roads leading to the town mined and supplies from nearby stores brought in. 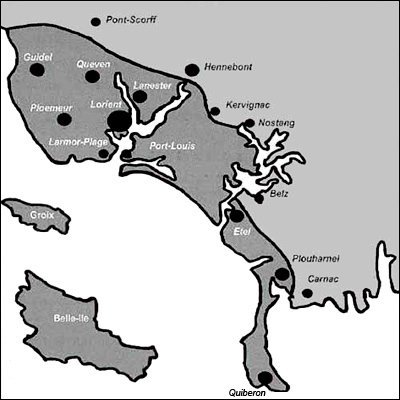 The contours of the Pocket are stabilised on 12 August, 1944. It extends over 50 km from the Laïta river in the west to the cliffs of the Etel river in the east. Beyond that, the Germans also had strong positions from south of the Belz to the Quiberon peninsula that they fully occupied. The Pocket also includes the offshore islands of Groix and Belle-Ile-en-Mer. Anti-tank ditches and many individual holes were dug. Shelters were built. Vast mine fields are established.

Resistance movements progressively become better structured in and around the besieged zone. Upon closure of the Lorient pocket, the French cross the lines of the new front to join the French Forces of the Interior (FFI). In the Pocket, in addition to individual intelligence and sabotage initiatives, the Lorient Group under the authority of the intelligence officer of the 7th Battalion of the FFI, Louis Hélo, played an information collecting role. 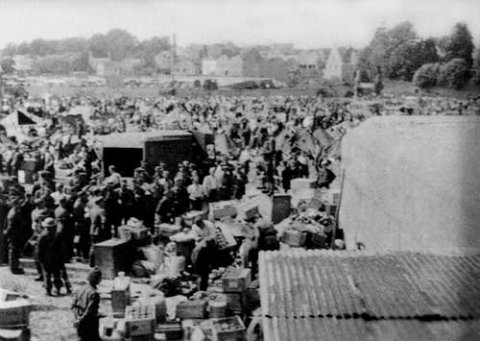 The camps are organized along a 90-kilometre front. The 26,000 German soldiers in the Lorient pocket, from all services, were under the authority of the artillery general Wilhelm Fahrmbacher. Their weapons consisted of approximately 500 guns of various calibres. The Allied forces comprise the 4,000 men in general Rollins 94th infantry division and 12,000 soldiers under general Borgnis-Desbordes who was appointed Chief of the Morbihan French forces and who reconstituted the 19th infantry by incorporating the FFI. 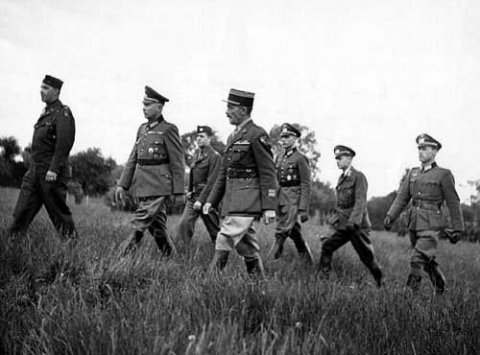 Artillery duels are recurrent types of combat. The targets are the enemy observatories, in particular the bell-towers. Other targets are the barracks and batteries. The German response is more nuanced, since it is limited to its quota of ammunition. The artillery comes into action if an attack is imminent. The commune of Guidel is the most bombed one in the Pocket. From 29 November 1944 to February 3 1945, the village is surrounded by regular artillery fire, the goal for the Allies being to take out the bell tower. On 7 May 1945, the commune underwent a final highly intense gun attack. Artillery fire increased until the German garrison of Lorient surrendered. 24, 5000 Reich soldiers were captured. 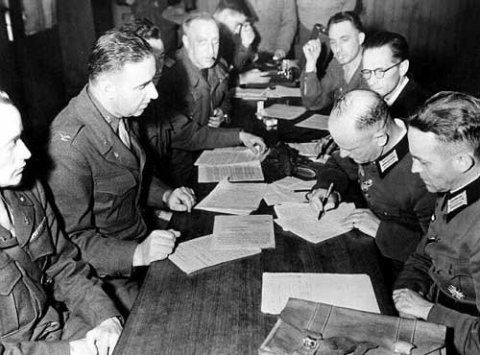 On 7 May, 1945, the ceasefire was signed in Etel. The capitulation took place on 10 May at Caudan in the presence of General Kramer, General Rollins and General Borgnis-Desbordes.