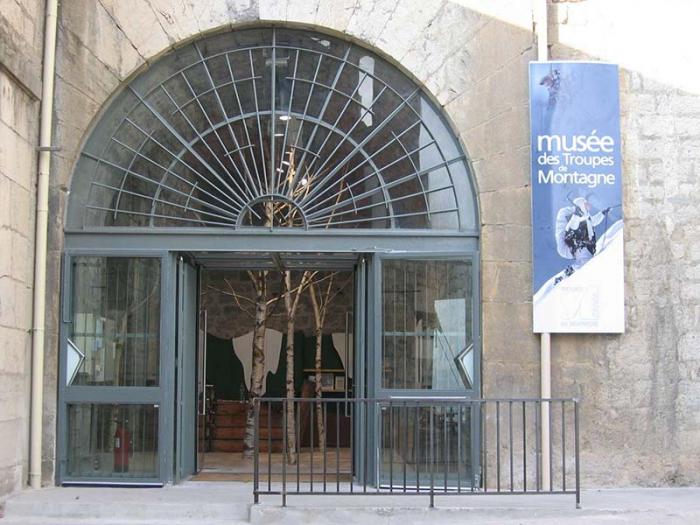 Since 1888, mountain troops have taken part in French military operations.

The Musée des Troupes de Montagne was designed to tell the extraordinary story of this army corps specialising in mountain combat. It is one of 15 museums belonging to the French army. Founded in 1988, it was initially housed in the governor’s palace in Grenoble. Then in 2009, it was resited within the fortifications of the Grenoble Bastille. High above the city, the museum is accessible by road or cable car, nicknamed bulles, or ‘bubbles’.

On your visit, you will have the opportunity to see a whole array of objects relating to these alpine soldiers: uniforms, weapons, sports articles, radio equipment, insignia, books and photographs. A multilingual audio guide will tell you the fabulous history, from past to present, of this army corps which has taken part in many military operations. From the First World War trenches, to aiding the French Resistance, to involvement in the Algerian War and operations in Lebanon and Afghanistan: so many scenes representing the actions of the mountain troops. You are bound to be filled with admiration for the spirit, commitment and exceptional values of this army corps.

The museum is open throughout the year, except January.

Not far away stands a memorial to the members of the mountain corps killed in action since its founding.