Part of the fortied town of Toul, Villey-Le-Sec is the only village in France within a modern French fort.

Following the defeat of 1870 and the annexation of Alsace-Moselle, the defence of the new eastern border was organised along fortification lines that formed defensive curtains, the product of the ideas of General Séré de Rivières. Two lines were built in the east: the defensive curtain of Hauts de Meuse (from Verdun to Toul) and Haute Moselle (from Epinal to Belfort). Two gaps designed to trap the enemy were also built between each line: Stenay (Meuse) and Charmes (Vosges). Apart from the advantage it had of providing geographic continuity with the curtain of Hauts de Meuse, Toul also served as an important crossing point on the main route between Paris and Strasbourg. The city also had an old fortified wall, which allowed it to quickly prepare for a defence of the city, and closed in the openings of the Haye forest and the Woëvre plain. Four forts were planned for construction in the short-term, marking out the four corners of the fortified twon of Toul : Ecrouves, Domgermain, St-Michel and Villey-Le-Sec. Villey-Le-Sec was charged with monitoring the openings of the Haye forest and was located on an elevated point 345m high on the right bank of the Moselle, alongside the ravine formed by this river as it runs through the Haye plateau.

By the time the planning of the fort began on 5 December 1873, the site had already presented major difficulties: the village occupied the site best-suited to the construction of the fort. Although it was suggested that the village be demolished, engineers decided to put the site to the best possible use in view of the urgent nature of the works: the demolition of the village would have also meant a delay in the construction of the fort and increased its cost. Nevertheless, work on the project began on 26 July 1875, even though the question of acquisitions had not been fully resolved. (The sites of the Nord and Sud batteries would not be acquired until October). What would follow was a long 4-year period of construction during which hundreds of workers would labour at a frantic pace. Given these lengthy horizons for completion and following an early crisis with our German neighbours, four redoubts were hastily built in Toul in late 1875 on points from which enemy artillery could bomb the heart of the town. In the sector of interest to us, the redoubts of Dommartin and Chaudeney (1km behind the fort of Villey-Le-Sec) were the state-of-the-art in military fortifications. The fort of Villey-Le-Sec was completed in 1879; only the Mougin turret, known as « G » and ordered on 14 August 1878 from the company Forges in Chatillon-Commentry was installed at a later date (1882). This turret required the construction of an inclined plane and railway track 203m long. The fort was now able to hold a garrison of 1301 men made up of 37 officers, 56 non-commissioned officers and 1208 soldiers, the manpower required to operate 36 ramparts, 8 mortars and 24 pieces of flanking artillery. Villey-le-sec was one of the more expensive forts in the fortification system. However, it was also an exceptional, unique complex; the inability to build the complex in the desired location meant that the whole village was fortified and protected by a surrounding wall and batteries. It is the only example of a village within a modern French fort.
Villey-Le-Sec is a surrounding fort made up of a Redan flanked by two batteries closed at the groove and two linking enclosures that have been hit by infantry fire. The complex is closed in by a square keep, a single-rampart stronghold. Built entirely of masonry covered in dirt, it was resistant to artillery used at the time. However, the useful life of the fort, as well as that of the Séré de Rivières system as a whole, suddenly came to an end in 1885 with the discovery of melignite and the development of new cylindrical-ogival shells capable of destroying forts made of stone. This was what would become known as the «torpedo shell» crisis. A series of experiments was thus carried out to strengthen the forts; the era of concrete and armour had just begun. In 1888, a directive would stipulate the first modifications to be made to the structures. As a result of these modifications, Villey-le-Sec was equipped with four barracks made of special concrete on 3 July 1890 : one in the keep, one in each battery and one in the redan. This cost 150,000 francs.
However, these first modifications were insufficient. At the instigation of the Haute Commission des Places Fortes (HCPL), created in 1899, a decision was made to embark on an ambitious programme to modernise the fort of Villey-Le-Sec, with work commencing on 11 July 1903. The former entrance of the keep was sealed and replaced with a new concrete barrack with an entrance at the end of the ditch. From winter 1905, other works, carried out by entrepreneur Benoît Estrade, would see the replacement of the caponniers of the keep with chests, the construction of concrete communication shafts and the building of armoured observation points. On February 7, delivery was taken of the redan's 75 turret (number 10). In 1907, the Nord battery took delivery of a 75 turret (number 13) and a machine-gun turret (number 25); the batteries and redan that flanked the ditches remained unchanged. Finally, from 1912, the fort would have an armoured battery for two 155 Court turrets. Although all of the substructures were completed, the turrets were never installed due to the declaration of war. The Sud battery was never modernised; it contains the features of the earliest forts. The fort of Villey-le-Sec is an exceptional complex not only due to its size, but also due to its originality in the sense that it surrounded a village. Owned by the council of the department of Meurthe-et-Moselle, this site, which is maintained with great professionalism by the Association La Citadelle, could become an important tourist destination within the schema for the development of the Boucles de la Moselle. It is for this reason that the department recently launched a definition study, which will enable it to develop a plan to develop the fort of Villey-Le-Sec. Naturally, the project has the support of the ministry of defence.
Hours: Open Sundays and public holidays to 15h from 1 May to 30 September Every day to 15h from 14 July to 15 August, except Monday at 15h. Groups welcome all year round, subject to reservation. Admission : Adults : ?5 Ambassadors of Lorraine : ?4 Children under 16 : ?2.50 Groups (more than 25 persons) : ?4 Contact : Monsieur Régis BERGER, Chairman Association La Citadelle 2 place de l'Eglise 54840 Villey-le-Sec 03.83.63.90.09 email :fort@villey-le-sec.com 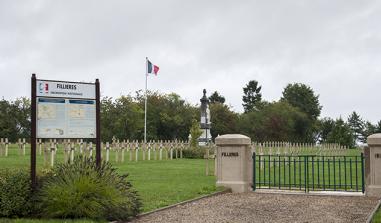 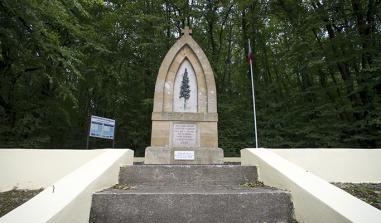 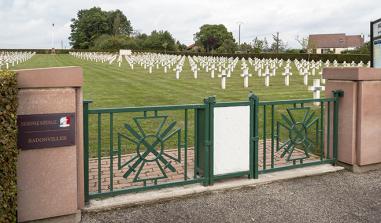 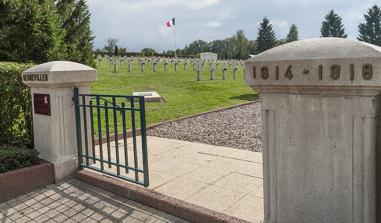 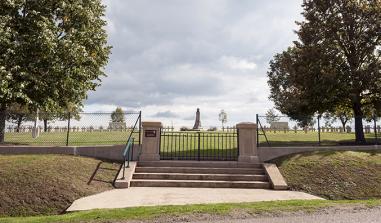