The collection of armoured vehicles at the Musée des Blindés in Saumur includes 880 machines, almost 200 of which are fully operational.

The museum retraces the history of armoured vehicles and their technical development throughout the world from 1917 to the present day. There are 200 tanks on display. The museum contains almost all of the prototypes tested as well as armoured engines used by the French armed forced since 1917. Almost all of the tanks from 1940 are displayed at the museum: the AMD 178 Panhard and AMR 35 armoured cars, the FCM tank (Forges et Chantiers de la Méditerranée), the Renault R 35 and R 39, the Hotchkiss H 35 and H 39, the famous SOMUA tank (Société d'Outillage Militaire et d'Usinage d'Armement), which created havoc for German tanks due to its mobility and weaponry, and the B1 bis tank, which was used by part of the 4th Reserve Armoured Division of General de Gaulle in Moncornet on 17 May 1940 and later in the first counter-attack in Abbeville. All of the US tanks that played a role in the victory of 1945 are also there: the Lee-Grant, Stuart, Sherman and its different versions, the Tank-Destroyer, Chaffee, the M8 and M20 armoured cars, etc. The museum also has a display of German tanks dating from World War II to the present day: the Panzer II, III, IV, Panther, Jagdpanther, a Royal Tiger weighing 70 tonnes, a unique and fully restored model, up to the most recent examples, the Leopard I and Leopard II, not to mention numerous models developed during the war. England is also represented by numerous tanks, such as the Churchill and more recent additions to the museum's collection, the Mathilda and the Valentine. Finally, the museum contains all tanks designed in France since 1944, not to mention the "Leclerc".
- Opening hours: Spring - Summer: 9:30 to 18:30 Autumn - Winter: 10:00 to 17:00 - Prices: Adults: €5.50. Children 7 to 13 years of age: €3. Group (more than 10 people): €4. - Spacious parking area for cars and light vehicles - Souvenir shop - Large reception hall with a rest area (drinks machine) - Duration of visit - around 1h30. Open or guided tours for groups led by members of the armed forces on appointment - Map of the museum provided at the entrance; a book on the museum collection is available for €6.10 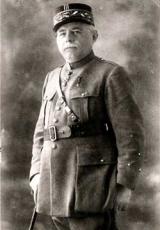