This museum offers a historical journey from the 16th century to the present day with strong emphasis on local aspects.

The Haut-Languedoc historical Museum of Protestantism at Ferrières in the Tarn département offers a historical journey from the 16th century to the present day with strong emphasis on local aspects. Each year it deals with a specific theme through exhibitions or conferences and works closely with Toulouse University. Haut-Languedoc was deeply affected by the Reformation in the 16th century and by long resistance that is still preserved in oral memories. These are also marked by the persecution suffered by Protestants in the 17th and 18th centuries.

Classified as a Museum of France under the Law n°2002-5 passed on 4 January 2002, the Haut-Languedoc Museum of Protestantism is managed by a charitable association connected to the French Protestant History Society. It offers the chance to find out about this subject through the Edict of Nantes, the torment endured through the Revolution, the Resistance - in particular the part played by this theologically-active region - to the creation of the good works and societies that marked French Protestantism in the 19th and 20th centuries, and more recently its role as a host during the Second World War. For almost 40 years (it was founded in 1967), the Haut-Languedoc Museum of Protestantism at Ferrières is a place for the conservation and display of objects and works (mostly donated) connected with the history of Protestantism in the Haut-Languedoc region. The Museum, located in the Maison du Luthier, offers visitors a permanent exhibition, presenting the rich, varied and troubled story from the 16th century to the present day, and a temporary exhibition with a different theme each year, linked to current affairs or society that encourages thought and debate (expo 2004: "Religion and religious violence from the 16th century to the present day").
The permanent exhibition covers five rooms and displays objects, works, engravings and paintings. The first room, which is dominated by an impressive wooden throne from the Revel Temple, is dedicated to the 16th century Reformation; it features portraits of the Reformers and an important collection of Bibles (from every era), including the oldest one in the museum's possession that dates from 1564, printed in Lyon by Jean de Tournes. Before moving on to the mezzanine, visitors find out about the 16th and 17th centuries and in particular the history of Saint-Bartholomew, the religious wars, Henri IV and the Edict of Nantes, as well as the development of spiritual and intellectual life through the emergence of the Protestant Academies.
The room dedicated to the Wilderness offers visitors the chance to admire some of the museum's finest pieces: a collapsible throne, religious articles from the Wilderness, méreaux, a model of a galley, and engravings depicting the Calas and Sirven affairs. The museum then covers the Restoration and expansion of Protestantism in the 19th century with the reconstruction of places of worship and buildings, social and educational activities, as well as the missionary side to Protestantism (presentation of a projection lantern and glass photographic plates), without forgetting the industrial adventure experienced in the Mazamet-Castres area.
The visit ends with a display of a regional and national portrait of Protestantism, showing the vitality of the Reformed Church, and especially the role of Protestants, in particular from La Montagne, in the Resistance and protection of Jews. The Museum Association also manages a library, with over 14,000 works (Bibles, Psalters, theological works, etc) and archive documents among the most significant in France on this topic and containing some very old works. Not forgetting the genealogy section, which has so far listed some 40,000 birth, marriage and death certificates. Elsewhere, the summer season is marked by a variety of events. For the last two years the Association has organised the "Estivales de Ferrières" festival, providing events around the museum's themes: A cycle of conferences linked to the temporary exhibition. Themed walks around Ferrières in the Montagnol Forest. In June 2004, a concert. The theme of the 2005 temporary exhibition "Secularism in France". Featuring 10 panels, it was made by the services of the Chairmanship of the National Assembly and Historian Valentine Zuber You will also find registers and documents issued by the Montagne parish laying down their position on the proposed Act separating Church and State.
Musée du Protestantisme en Haut-Languedoc(Haut-Languedoc Museum of Protestantism) Maison du Luthier 81260 Ferrières (Tarn) Reception: +33 (0)5.63.74.05.49 Office: +33 (0)5.63.73.45.01 E-mail: secretariat@mpehl.org Opening times From July to 18 September: Tuesday and Sunday 2-6pm, other days 10am-12pm and 3-7pm. Easter to All-Saints' Day: 2-6pm Sunday and public holidays. Other periods: on request Prices Entrance: €3 for adults, €1 for children, €2 for students and groups 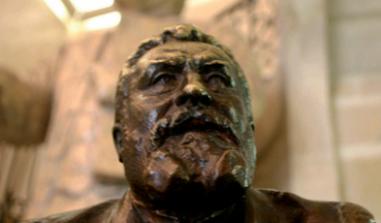