Sous-titre
Parade of the Maquis of Ain at Oyonnax

Seventy years ago, on 11 November 1943, Captain Romans-Petit, leader of the Maquis of Ain and Haut-Jura, organised a military parade in Oyonnax to mark the 11th November and to show the Germans the strength and discipline of the Resistance.

France was entirely occupied at the time, and subject to repression both from the Germans and from Vichy. The whole of France had been under German occupation since 11 November 1942 and, aided by the Vichy police, the occupying forces patrolled the country, suppressing a growing Resistance movement.

Despite its differences, that Resistance was united in its struggle. On 27 May 1943, Jean Moulin succeeded in forming the National Council of the Resistance. The combatants in the shadows (Armée Secrète, FTP, ORA) fought together against the enemy and the French working for it. The Resistance was made up of all those who refused to accept oppression and servitude. It became a mass phenomenon after February 1943, when thousands of young people who refused to be sent on the STO's compulsory labour camps joined the various rural guerrilla groups, or maquis. 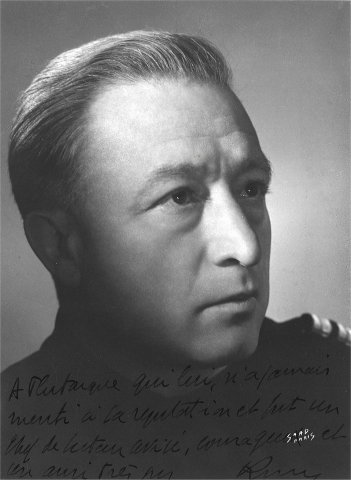 It was against this backdrop that the maquis of Ain and Haut-Jura regrouped under the command of Henri Petit, who assumed the code name Romans. The population of this mountainous, wooded region was strongly patriotic. The Bourg-en-Bresse area had been the home of General Delestraint, and many meetings of the Resistance had been held there, some of them attended by Jean Moulin himself. The newspaper Bir Hakeim had a wide circulation. 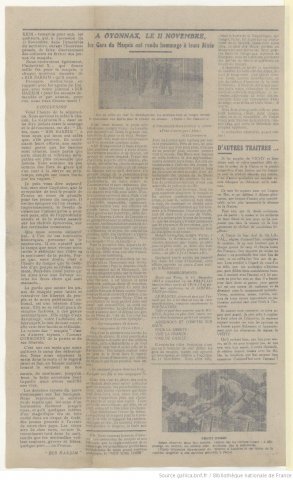 The December 1943 edition of Bir Hakeim: ”On 11 November, in Oyonnax, the boys of the maquis paid tribute to their forefathers.” Source: gallica.bnf.fr

The maquis of Ain and Haut-Jura began organising themselves in late 1942. Under the leadership of Captain Romans-Petit, between the end of 1942 and the end of 1943 their ranks have swelled from 200 to 7 500 members. The help they receive from the local population is often impressive, as seen in Artemare, in early September 1943, and in Bourg in October. For those who have joined these maquis and all those who resist, these actions show that a new underground army has taken up arms in occupied France. Meanwhile, there is a sector of the population, in particular in rural areas, which, despite deep-seated anti-German feeling and a growing rejection of the Vichy regime, all too often depicts the maquis as ”terrorists”. Enemy propaganda, of course, plays on this.

For that reason, to mark the 25th anniversary of the 1918 armistice, Captain Romans-Petit decided to hold a parade in Oyonnax that day. At the same time as honouring the memory of those who died in the Great War, the parade sought to show that the combatants of the Resistance are uniformed soldiers in a military organisation with military leadership. 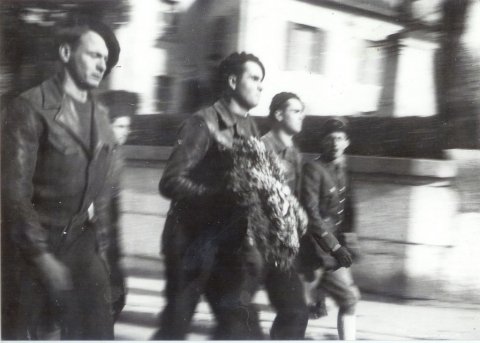 The account of the parade of 11 November 1943 is well known and the documents shed considerable light on it. That day, Oyonnax was isolated by the maquisards and members of the Resistance in the town, who barricaded all the roads and kept watch on the houses of the few collaborators. Later, Romans-Petit would explain that he encountered no opposition to his taking control of the town: ”In a flash, in one and a half minutes, everything was neutralised - the post office, the police station, the gendarmerie, the fire station - while detachments sealed off all the access routes to Oyonnax.” We also know that there was considerable complicity between members of the Resistance and gendarmes. 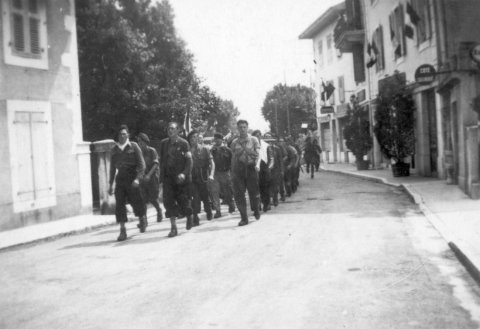 The maquisards on the streets of Oyonnax. Source: Ain departmental museums

The parade then made its way in true military tradition to the war memorial, where a wreath was laid bearing the words: 'From the conquerors of tomorrow to those of 1914-18'. After a minute's silence and the ”Sonnerie aux Morts” bugle call, all those present broke into a fervent rendition of the Marseillaise. 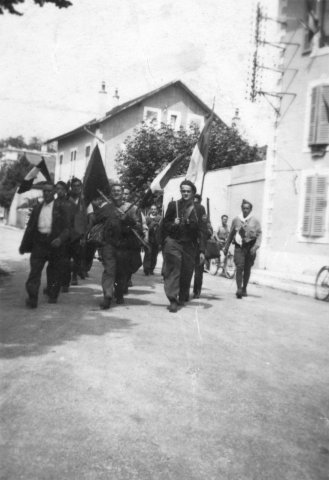 The maquisards on the streets of Oyonnax. Source: Ain departmental museums 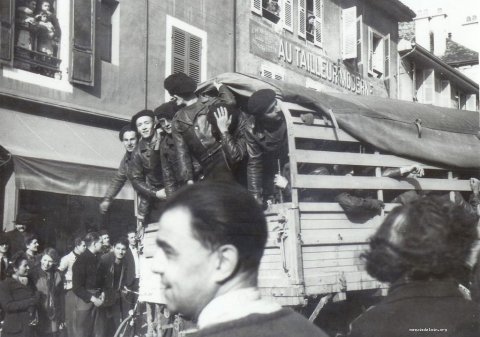 The maquisards return to their camps amid cheers from the townspeople. Source: Ain departmental museums

A report of the ceremony in pictures, taken by journalist André Jacquelin, was published by newspaper Bir Hakeim and would be reproduced a few weeks later by the main British and American newspapers. So the event caused quite a stir. And it certainly aided the growth of the Resistance forces and their armament by the Allies. Despite the ongoing struggle and the bloody repression of the maquis of Ain and Haut-Jura in the months that followed, particularly in the spring of 1944, the Germans did not intervene immediately after the parade. Due to its symbolic nature, the event has remained in people's memories. 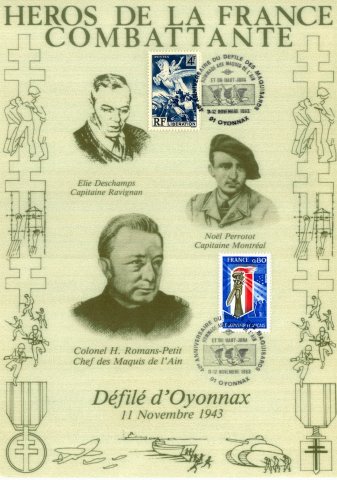 Later, Colonel Romans-Petit, Companion of the Liberation, would explain: ”This action now forms part of the popular imagination. We, the Resistance, had to prove we existed in order to receive more aid. That was one of our goals, and we achieved it.” 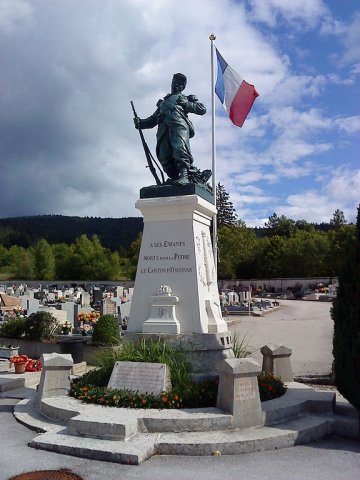