Corps 1
1918: The Belgians look to re-conquer Belgium The Belgian Army, led by His Majesty Albert the First, the "Soldier King", never gave up its struggle throughout the period separating the end of the war of movement in 1914, from the war of position, punctuated by German gas attacks along the Yser during 1915, participating alongside the Franco-British at the second battle of Flanders between July and October 1917. In April 1918, the Germans organised a great offensive to break through Belgian lines to the north of Ypres, reach Dunkerque and take the allied troops from behind. The Belgians resisted, leaving time for their high command to prepare a counter offensive extending the Royal army's combat zone from Ypres to the North Sea coast, in order to relieve the allied front line.
Corps 2

The Belgian army had to set up a system of logistics behind the front line (communications lines, billets and shelters for those injured and displaced etc.) in order to contain the sustained fire, continual bombardments and attacks from German troops. Between the 6th and 18th of March 1918, they even went so far as to flood some of the sectors that were on the verge of collapse, at Riegersvliet and Oud-Stuyvekenskerke, in order to maintain their advantage.

The Belgian army's first real victory came during the Battle of Merckem on the 17th of April 1918. Threatened from the rear at Mont Kemmel, Belgian troops, whose front line extended locally from Langemarck as far as the southern outskirts of Ypres and Mont Kemmel, and from Locre towards the village of Meteren (to the west of Bailleul), repelled the converging Imperial attack to the south west and north of Ypres. The 3rd and 4th royal divisions were able to block the numerically superior army of the Reich short of Merckem and to the west of Langemarck. The 4th division held their ground and the 3rd, after a brief retreat to the south of Kippe, turned the situation around during a bloody bayonet attack, taking 800 prisoners within a few hours. On the 18th of July, the allied army, commanded by Generalissimo Foch, launched its counter offensive, which was a prelude to re-conquering Belgium.

British troops, threatened from the rear in captured positions between Ypres and Mont Kemmel, decided to evacuate the Houthulst forest zone (the theatre for their terrible battles in 1917), which had been transformed into no man's land during the month of April. His majesty Albert the First thus had to adjust the position of his troops in order to keep control of the junction with British troops. Belgian involvement intensified from September 1918 onwards. The Belgian army, comprising 12 divisions (170,000 men) and organised along the French model, featured at the centre of Foch's plan to re-conquer the North. The constitution of the kingdom dictated that it could only be led by its sovereign. That is why, on the 7th of September in a meeting with Clemenceau and General Mordacq in La Panne, Albert the First was appointed head of the Belgian liberation armies. The agreement was signed two days later, following confirmation from Foch and thus the Army Group of Flanders (G.A.F.) was created. It was commanded by the King of Belgium, seconded by the French General Degoutte, acting as chief of staff. Under their orders were General Gillain (Belgian army), General Plumer (2nd British army) and General de Boissoudy (6th French army). This act was accompanied by the outline of an operational plan, aimed at retaking territory to the north of the Lys by first of all taking control of the sector between the Clercken ridge and the Comines canal, before launching the offensive towards Bruges and Courtrai.

From the 28th to the 30th of September 1918, ten divisions out of the twelve that formed the Belgian army were engaged in the battle for the ridges of Flanders, supported on the right wing by the 2nd British army and some detachments from the French reserve. Under the command of the "Soldier King" the offensive was carried out in two phases. The main attack was to take the Houthulst forest and the Flanders ridge, from Houthulst to Stadenberg, Westroosebeke, Passchendaele and Broodseinde. The second, taking support from captured positions, aimed to cross the marshy area between Dixmude and Lake Blankaart and take the ridge linking Essene and Clercken using an enveloping manoeuvre, in order to capture Dixmude. On the night of the 27th of September, following preparation of the land by heavy gunfire, the Belgian armies broke through German lines, by submerging their batteries and pushing the front line back by up to 18 km, with an average of 6 km along its entire length. The Houlthust forest and the sites of Passchendaele, Zonnebeke and Poelcappelle fell. The spoils of war amounted to 150 canons and 6,000 prisoners. On the 29th of September, the royal army continued its advance, taking Dixmude and the Essene ridge at Passchendaele, reaching the road from Roulers to Menin, and finishing by tearing down the last place of German resistance in Westroosebeke.

On the 30th of September and the first days of October, with support from the French army, His Majesty the King of Belgium attacked the line between Zarren and Hooglede-Roulers, forcing the German armies to retreat along 14 km. Between the 14th and the 30th of October, the Belgian commander in chief launched the second phase of his offensive in Flanders. Still referred to as the battle of Thourout-Thielt, it was a joint Franco-Belgian operation, combining the 7th and 34th army corps, as well as a French tank unit. In the centre, two French corps were responsible for taking the town of Roulers via the Mandel canal.

To the north, one Belgian task force's mission was to capture the Handzaeme canal and drive on to Thourout. To the south, another Belgian task force was to breach the front between Roulers and Ledeghem and cover the army's right bank on the Lys. At dawn on the 14th of October, following artillery preparation, the ground attack was launched, supported by canons from the British navy. The French infantry completed its mission following lengthy hand-to-hand ground combat, reaching the Roulers to Thourout road, attacking the Beveren sector further to the south and linking up with the Belgian assault in the north, allowing them to take the Handzaeme sector and the village of Cortemarck.

To the south of Roulers, the royal army advanced 8 km into the Poelcappelle and Langemarck zones, taking Rumbeke and reaching the outskirts of Iseghem and Lendelede. On the evening of that same day, taking advantage of the results of their progress and faced with a German army that was beating a retreat, Belgian troops stationed along the flooded Dixmude-Nieuport front set off and reached the Yser on the 16th of October, joining up with British troops. The following day, the Germans withdrew to the East. The Belgians reached Ostende and the outskirts of Bruges, whilst the French were at the gates of Thielt. The Battle of Flanders was over. The Germans assembled on the Lys and on the Deynze diversion channel put up fierce resistance against the Franco-Belgian soldiers, when they mounted their attack on their lines from the 20th of October onwards. Things started to get moving again during the Battle of the Lys (31st of October - 3rd of November). Allied troops succeeded in crossing the river and advanced towards the Escaut, upriver from Gand. The Belgians gained a foothold on the east bank of the Lys and took charge of the Terneuzen section of the canal, reaching the western outskirts of Gand to meet up with the French on the Escaut, to the south of Eecke - they remained positioned along this line until the signing of the armistice on the 11th of November. The courage and tenacity of the Belgian nation were to be praised that same year by the French MP Louis Marin (L'effort belge, Paris, Bloud & Gay): "The martyrdom endured by Belgium guarantees her a place in History that is all the more moving, since this martyrdom is not just about weakness being brutalised by Barbarity, but about weakness sacrificing itself for what is Right and for Honour. That is why it will remain in the universal conscience as an inviolable, cherished memory for many years to come." On the 22nd of November, King Albert the First returned to Brussels at the head of his troops.

However, the Belgian Army had paid a high price: since the 4th of October 1918, it had lost more than one fifth of its fighting strength. The final offensive cost the Belgians a third of all losses sustained throughout the whole war. In the course of the conflict, Belgium lost 44,000 servicemen, killed in action or dying from their injuries or from sickness and about 9,000 civilians, two thirds of which during the invasion of 1914. On the 5th of December King Albert the First, Queen Elizabeth and Crown Prince Leopold were welcomed as heroes by the people of Paris during a state visit.

Belgian medals from the Great War bear witness to the four years of conflict, occupation and international solidarity: [list] 18th of May 1915: the Civil Decoration is awarded to civilians who sacrificed themselves for their country. [list] 15th of September 1915: the Queen Elizabeth Medal is awarded to Belgians who cared for civilian and military casualties in the hospitals. [list] Albert the First introduced a Military Cross on the 25th of October 1915. [list] 21st of February 1917: the commemorative medal of the African campaigns 1914-1917 is awarded to troops in the Belgian Congo, Cameroon, Rhodesia, Tanganyika and German East Africa. [list] 18th of October 1918: the Yser Medal pays tribute to the servicemen who stopped the German army in 1914. [list] On the 1st of April 1919 the King honoured those Belgians and foreigners who came to the aid of the stricken population, through the Medal of the National Committee for Assistance and Food Supply, as well as the Medal of the National Restoration. [list] The Belgian Commemorative Medal of the Great War was created on the 21st of July 1919. [list] 22nd of November 1922: the Deportees Cross is awarded to Belgians forced to work for the German authorities. [list] The Volunteer combatant cross was introduced on the 17th of June 1930. [list] 26th of December: The Political Prisoners Medal is awarded to those imprisoned for acts of resistance. [list] 6th of February 1934: the Cross of Fire (Croix de Feu), given to all holders of a Carte du Feu (servicemen's card). [list] The Colonial Commemorative Medal 1914-1918 was awarded from the 20th of June 1934. 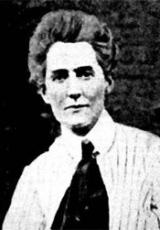 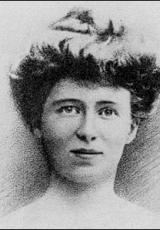 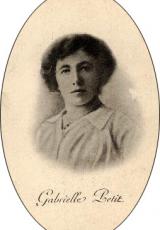