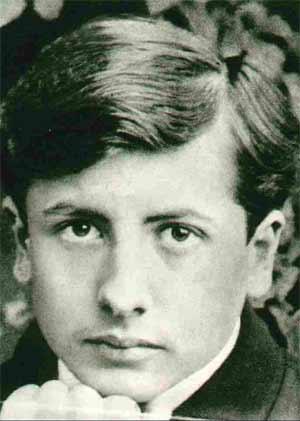 "Beyond the specious turning point called death, how do we catch up with the soul that was never entirely with us, that has slipped through our fingers like a foolhardy, dreamy shadow on the terrible road where it fled from us? "Perhaps I am not a completely real being."

This statement by Benjamin Constant deeply moved Alain-Fournier the day he read it; suddenly he applied it to himself and, I recall, solemnly asked us to remember it whenever we would have to explain something about him in his absence. I clearly saw what was in his mind : "Everything I do is missing something to be serious, obvious, unquestionable. But also, the plane I move on is not exactly the same as yours; it allows me to go where you see an abyss: perhaps there is not the same discontinuity between this world and the other for me as there is for you."

Excerpt from Jacques Rivière's foreword to Miracles (1924), a posthumous collection of prose and poems by Alain-Fournier.

Henri-Alban Fournier was born in La Chapelle-d'Angillon, in the Cher, on 3 October 1886. His father, a schoolteacher, was appointed to the primary school in Epineuil-le-Fleuriel in 1891 and Henri was his pupil until 1898, when he enrolled in the Lycée Voltaire in Paris. In 1901, Fournier, who dreamed of becoming a sailor, pursued his studies at the high school in Brest with the aim of entering the Naval Academy. But he soon dropped the plan and enrolled in the high school in Bourges at the end of 1902, graduating six months later.

In September 1903, he enrolled in the Lycée Lakanal in Sceaux to prepare for the competitive entrance examination of the École Normale Supérieure teacher's training college. That is where he met Jacques Rivière, who became his best friend (their correspondence, which is among the most beautiful in French literature, was published between 1926 and 1928) and his brother-in-law when Rivière married Isabelle Fournier, Henri-Alban's younger sister, in 1909. In 1906, Fournier failed the École Normale Supérieure entrance exam. In 1907 he tried one last year of preparatory courses at the Lycée Louis Le Grand but failed the test again.

A decisive event in Fournier's romantic and literary life occurred during this period. As he was leaving the Grand Palais on 1 June 1905, the 19-year-old spotted a very pretty young woman and followed her from a distance to her home on boulevard Saint Germain. He returned on 11 June, accosted her in the street, and whispered, "You are beautiful." Yvonne de Quiévrecourt did not respond to his advances and walked towards Saint-Germain des Près church, where she attended mass. After the service, the two young people had a long conversation at the end of which Yvonne told him that she was engaged and that her destiny was already laid out before her. Yvonne de Quiévrecourt married in 1907 and became Yvonne de Galais in Le Grand Meaulnes.

Fournier did his military service the next year. He graduated from the officers' school in Laval before being assigned to the 88th Infantry Regiment in Mirande, in the Gers, with the rank of second lieutenant. Haunted by Yvonne's memory, he took his first steps in literature, writing a few poems and essays, which Rivière had published posthumously under the title Miracles (1924). In April 1910, after Fournier had completed his military service, he started working at Paris-Journal, writing a "literary column" on a regular basis. At the same time, he began an affair with Jeanne Bruneau, a milliner on rue Chanoinesse whom he had met in Bourges, which lasted until April 1912. She was probably the basis for the character of Valentine in Le Grand Meaulnes.

This is the period when Fournier, who was living on rue Cassini, started writing an autobiographical novel, Le Grand Meaulnes. In 1912, he left Paris-Journal to enter, thanks to Charles Péguy, the service of Claude Casimir-Perier, a politician and the son of a former French president. The young man started a stormy affair with his employer's wife, the actress Pauline Benda, who went by the stage name of Madame Simone.

In February 1913, Fournier spoke for the last time with his first love, Yvonne de Quiévrecourt (whose married name was Vaugrigneuse), now a mother of two. From July to November 1913, La Nouvelle Revue française published Le Grand Meaulnes, which he had finished early that year. Later in 1913, Émile-Paul published it in book form. That is when the writer decided to go by the name of Alain-Fournier. Le Grand Meaulnes was nominated for the prestigious Goncourt Prize, but Marc Elder won it by a very narrow margin for his book Peuple de la Mer (People of the Sea). In early 1914, Alain-Fournier starting writing a play, La Maison dans la forêt (The House in the Forest), and another novel, Colombe Blanchet, both of which remained unfinished. The reason is that he was mobilised as soon as war broke out in August 1914. He joined the front as a lieutenant with the 288th reserve infantry regiment of Mirande. After fighting just a few weeks, on 22 September Alain-Fournier was killed in action south of Verdun. Reported missing with 20 of his comrades-in-arms, his body was found in 1991 in a mass grave where German soldiers had buried him. In 1992, the remains of the 21 men from the 288th infantry regiment exhumed from Saint-Rémy Wood, including those of Alain-Fournier, received a proper burial. Henri-Alban Fournier's final resting place is now Saint-Remy-la-Calonne National Cemetery in the Meuse.

"I do receive your letters, my dear little Isabelle. Some have even reached me in the middle of fighting. I am very healthy. I hope to see Jacques soon. I am now assigned to the general staff on horseback. I have great confidence in the outcome of the war. Pray God for all of us. And you have confidence, too. I tenderly squeeze you and your Jacqueline in my arms for a long time. Your brother, Henri" 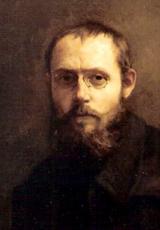