This cemetery holds most of the bodies of the French soldiers who died in Tunisia from 1905 to 1954 and were not brought home to France.

Gammarth Cemetery in Tunis holds most of the bodies of the French soldiers who died in Tunisia from 1905 to 1954 and were not brought home to France.

Gammarth Cemetery in Tunisia is located 15 km north-east of Tunis, outside Carthage, on a hill overlooking the sea between La Marsa and Sidi Bou Said.

The Department of Veterans and War Victims at the French Embassy in Tunisia manages and maintains this 8.5-hectare (21.25-acre) commemorative site.

This necropolis was created on 5 January 1944 for the graves of the soldiers of the Army of Africa who fell during the Tunisia Campaign (1 December 1942 – 13 May 1943). It was renovated in the 1950s, and then again between 1965 and 1971, during operations to gather together the bodies of the 2,268 soldiers buried in Tunisian cemeteries at Bab el-Khadra, Bizerte, Djerba, El-Assel, Gabès, Gafsa, Kairouan, Le Kef, Mahdia, Medenine, Sfax, Sidi Yahia, Sousse and Tataouine.

The Gammarth site was set up following the plans drawn up by Mr. Zehrfuss, inspector general of civilian buildings and national palaces, and Mr. Acérès, architect. The Gammarth cemetery contains 4,289 soldiers’ bodies: 1,976 individual tombs of soldiers who died for France during operations, mainly during the Tunisia Campaign (December 1942 to May 1943), 1,214 bodies of unidentified soldiers (1914-1918 and 1942-1943) placed in an ossuary and 1,099 bodies of soldiers who died at their garrisons outside periods of war, in a columbarium.

Gammarth also holds the Tomb of the Unknown Soldier of the Tunisia Campaign, the Memorial and the mass grave of the crew of the submarine “Morse”, which sank on 17 June 1940 off Sfax, as well as commemorative monuments and plaques formerly located at other cemeteries such as the monuments to the dead in Bizerte and Hammamet. It also contains the monument to the volunteers of the Africa “Corps Francs”, originally located in Bizerte.

Department of Veterans and War Victims 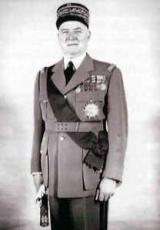