The institutional challenges for Free France

On 10 July 1940, Parliament dissolved itself, voting with an overwhelming majority to transfer its constitutive powers to Marshal Pétain. Since Vichy, Pétain had instituted a fundamentally authoritarian, antidemocratic, anti-republican regime known as the ”French State”, centred on realising his ideological project of a ”national revolution”. Formally, however, the Republic had not ceased to exist, and that ambiguity was cleverly maintained by Pétain, who had replaced the motto of the Republic with the Vichyist trilogy ”Labour, Family, Fatherland”, but kept the Marseillaise and the tricolour flag. Thus, although he had the mandate to do so, Pétain never proposed a new French constitution, contenting himself with the powers he had given himself by his Constitutional Acts: the first four, enacted on 11 and 12 July 1940, granted him executive, legislative, even judicial powers.

From the point of view of the Resistance movements, the Third Republic had been undeniably discredited by the vote of 10 July 1940, and many held it responsible for the national disaster without precedent. Resistance members condemned it moreover for the bankruptcy of its elites, the chronic instability of its cabinets and the obstacles it put in the way of government action. But more than the nature of its regime - the Republic - it was that of its institutions which was called into question. Having analysed the causes of defeat, it was time to think about the future. The Republic remained the necessary framework for the pursuit of democracy.

The Republic, yes; but what Republic?

It was not until the autumn of 1941 that General de Gaulle's speeches and mode of government became clearly aligned with the Republican tradition. His ”Organic Declaration” of 16 November 1940 rejected the legality of the Vichy government and affirmed the legitimacy of Free France as representing the nation at war. At a press conference given in London on 27 May 1942, the General now described himself as ”absolutely determined to entirely recover national sovereignty and the republican form of government”. In December 1941, he had set up commissions to study postwar affairs. Chaired by René Cassin, then Félix Gouin, the commission on legal affairs drew up a draft revised constitution and proposed the creation of a provisional assembly. As for de Gaulle, he stuck to the principle that ”it would be for the future National Assembly to decide upon the French constitution”. In occupied France, London, and later Algiers, various draft constitutions were drawn up. While all sought to remedy government instability, proposals for how government should be organised were at times contradictory. The defeat of June 1940 had raised questions about French-style parliamentarism, and many agreed that the executive needed strengthening. But the idea of a strong executive went against the French republican tradition. In all, there were three categories of draft constitution, illustrating the new juncture in French political life. All - or nearly all - wanted reform. Some contented themselves with minor amendments to the practices of the Third Republic. Others stressed that the National Assembly was the only source of all powers. Most advocated a politically and socially democratic regime. But the fact was that, at liberation, there was no consensus on institutional issues. 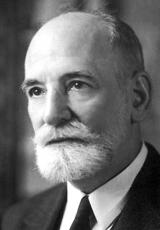