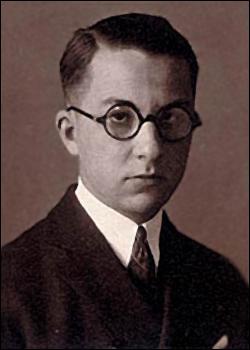 “I was twenty. I won’t let anyone say those are the best years of your life.” These words were written by a young man, Paul Nizan, aged twenty-six at the time. They introduced his first book published in 1931, Aden, Arabie, an extremely inflammatory pamphlet against colonialism, which set the tone for his future work: open, controversial and intentionally despairing.  Waving the flag of mutiny and guided by the principles of communism, Paul Nizan, throughout his short career, relentlessly assailed the established order, ferreted out the failings of bourgeois society and watched out for the harbingers of history.

Born on 7 February 1905 in Tours to a middle class family, his father had previously worked in rail before the war, at 19 years of age Paul joined the Ecole Normale Supérieure, one of France’s elite universities. His fellow students in his graduating year included philosophers and writers Ray Aron and Jean-Paul Sartre. On reading Aden, Arabie, Sartre, his inseparable friend who was always confused with him (one had a divergent strabismus and one a convergent strabismus), described him as "absorbed in studying his fingernails and releasing his violence with a sly and underhand serenity." But this apparent coolness, this brilliant demonstration of a charming dandy whose lilac outfits and concise way of speaking sent a tremble of excitement running through the ENS student ranks, belied his secret wounds.

"My only original trait is that periodically I suffer from depression," he once confided when chatting to the woman who would later become his wife, Henriette Alphen. "I’m neither joyful nor desperate, but I’ll admit during the main course that life doesn’t make any sense, and during dessert that nobody should be surprised if one day I enter the regular clergy.” Nizan would thus spend entire days in complete silence unless he ran away suddenly only to reappear a few nights later, haggard-looking, declaring his affiliations for somewhere between the extreme right and communism, and then discovered a passion for cinema. Tormented by a profound discontentment that gave him not a moment’s peace, obsessed by death, disgusted by the “official practice of philosophy”, he left to go to Aden, in Yemen, as a private tutor for an English family. Aden, “a compressed version of Europe” would be the opportunity for him to find his political consciousness. He returned a year later and opted for Marxism, the only concrete solution to his revolt. By late 1927, he had joined the French Communist Party. He was almost 23 and had a wife, one child, soon to be two, and the highest diploma for teaching philosophy.

A fervent militant, he stood as a candidate for the French Communist Party in the 1932 legislative elections in Bourg-en-Bresse, where he’d been teaching philosophy for a year. He then went on to pursue a career in literature and journalism and worked as editor in chief of the avant-garde magazine Bifur, which brought attention to Michaux, Sartre and Joyce; a literature critic at L’Humanité where he supported Céline, Breton and Lacan, and foreign politics correspondent for Ce Soir, then directed by Aragon. Between Moscow, where he was staying to organise the International Writers Congress, to Brest, the site of bloody riots as the Front Populaire grew in popularity, passing through England and Spain, the latter a few months before the Civil War broke, he was always on the front line.  A passionate international reporter, he still managed to pursue his literary career and published essays (Les Chiens de garde, Les Matérialistes de l'Antiquité) and novels (Antoine Bloyé, Le Cheval de Troie), one after the other, all to critical acclaim. In 1938, La Conspiration won the Interallié Prize. Ironically, only the French Communist Party remains somewhat reserved and even very critical with regard to his literary corpus since his publications could never be described as orthodox and did not toe the French Communist party line at the time.

In 1939, his last publication Chronique de Septembre presented a detailed analysis of the negotiation mechanisms employed between Hitler, Daladier, Chamberlain and Mussolini that led to the Munich Agreement and the dismantling of Czechoslovakia.  He was surprised to learn of the German-Soviet Pact between Stalin and Hitler during his holidays in Ajaccio.

He immediately returned to Paris, impatient to find out the party position. The French Communist Party in fact approved the Pact. Faithful to his beliefs and his anti-fascist convictions, Nizan publically resigned from the FCP in September 1939.

Mobilised, he continued to militantly campaign on the front, passionately discussing his position with his fellow men.

Posted in Lille as an interpreter for the British army, he was killed on 23 May 1940 when the Germans attacked Dunkerque. He is buried at the national cemetery La Targette in Neuville-Saint-Vaast.