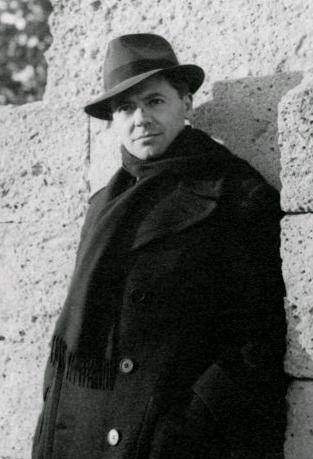 For 23 years Jean Moulin, born into a republican, radical family in the south of France, served the Republic as a sub-prefect and prefect, except for a stint as Air Minister Pierre Cot's chief of staff during the Popular Front (1936), when, already determined to defend his country against Nazism and Fascism, he was involved in sending covert aid to Republican Spain. At the outbreak of war Moulin unsuccessfully tried to join the Air Force, but interior minister Albert Sarraut had no intention of losing one of his best prefects.

Moulin's first act of resistance took place in Chartres on 17 June 1940-he had been the prefect of Eure-et-Loir since January 1939-when he refused to sign a document drafted by the Germans falsely accusing Senegalese troops in the French Army of massacring civilians. Fearful of breaking under torture, he tried to kill himself. The affair was hushed up but Moulin managed to protect civilians from German atrocities. On 2 November 1940 the Vichy government dismissed the left-leaning, faithful servant of the Republic, who moved to Saint-Andiol in the Alpilles and contacted various Resistance movements in the southern zone. In October 1941 he went to London and became the Resistance's messenger to General de Gaulle, asking him for resources to develop propaganda and military action plans. De Gaulle gave Moulin a military mission in France: acting on his behalf as a liaison with the three underground movements to lead each one to create a military branch with links to Free France. Centralisation and coordination would take place in London under his orders. The head of Free France also appointed Moulin his delegate and the National Committee's representative for the unoccupied zone with the mission of uniting the movements' action. On 2 January 1942 he was parachuted into France with funds and transmitting equipment. He succeeded, not without difficulty, in convincing the heads of the three Resistance groups-Combat (Henri Frenay), Libération (Emmanuel d'Astier de la Vigerie) and Franc-Tireur (Jean-Pierre Lévy)-to join forces within the unified Secret Army, placed under the command, with General de Gaulle's consent, of General Delestraint. A coordinating committee was set up that led to their merger into the United Resistance Movements in January 1943. Moulin also set up units indispensable to the functioning of the Resistance: the Air and Sea Operations Service to transport agents to London, the information and propaganda office for exchanges between London and France, and the General Study Committee, a sort of think tank for the postwar government. Moulin was made Compagnon de la Libération on 17 October 1942. De Gaulle gave "Rex" (Moulin's pseudonym) the insignia at a moving ceremony during his second stay in London (14 February-20 March 1943). After the Allied landing in North Africa on 8 November 1942 and the German invasion of the unoccupied zone, De Gaulle appointed him his general representative for all of France and broadened his mission. To overcome Roosevelt's objections and reach an agreement with Giraud in North Africa, De Gaulle understood that he needed backing not just from the entire homeland Resistance, but also from men representing the old parties and trade unions, reconstituted in the National Resistance Council, a sort of underground parliament. On 8 May 1943 "Rex" announced the creation of the council, which made De Gaulle fighting France's only leader. After General Delestraint's arrest on 9 June, Moulin called a meeting of the Secret Army's leaders in Caluire (near Lyon) on 21 June to figure out what to do next. Klaus Barbie arrested all of them. The Lyon Gestapo chief personally tortured Moulin, who knew everything about the Resistance but did not talk. He died, probably at the Metz railway station on 8 July 1943. On 6 October 1946 Georges Bidault gave his sister, Laure Moulin, the military medal and the Croix de Guerre during a ceremony in Béziers. André Malraux paid him the nation's homage when his ashes were moved to the Pantheon on 19 December 1964. The leader of the "Shadow Army" entered history.