Joining up and singing La Marseillaise: a symbol of commitment to France

By Adeline Poussin, PhD in Ethnomusicology

When they enlist in the armed forces, volunteers do not just learn about combat techniques and how to handle weapons; they also learn a series of songs that are performed in a highly specific way, both in terms of vocal technique and associated posture. Some pieces are patriotic, while others derive from a specific military repertoire that varies according to the unit and branch to which the new recruits have been assigned. The first song they are taught is the Marseillaise. Is it only so as to give a ”good performance” of the national anthem when they take part in ceremonial occasions? Learning the anthem would appear to have a deeper significance. In this article, I propose to interrogate this vocal practice of the military in order to gain a better grasp of the issues involved. ”Enlisting in the army” can be understood to mean ”giving oneself into the service of France”, in the sense that recruits put their commitment to the army before their private and family lives, to the point, if required, of sacrificing their lives.

As the national anthem, the Marseillaise is a symbolic representation of France. To ensure the performance has the required solemnity, it is sung whilst standing to attention, i.e. with a posture requiring an overall stiffening of the body (the serviceman or woman stands upright and straight-backed, their shoulders slightly back, arms by their sides and hands open against their thighs, heels together and head held high) and, when they are armed, in the ”present arms” position, as above but with the right forearm held horizontally over the rifle and the left forearm held vertically over the rifle. For cadets, learning to perform the anthem in the early days of enlistment constitutes ”a kind of required historic first stage in the identity process” (Jean-Claude Kaufmann, L'invention de soi, une théorie de l'identité, Paris, Armand Colin, 2004, p. 131). The piece does indeed represent the values that these individuals must strive to defend, which is to say the values of the French Republic. Without making a detailed analysis, it is worth looking at a few elements of this anthem in order to gain a better understanding of its place in the initial training of armed forces cadets. First of all, it is a battle song that stresses the importance of cohesion. This concept is fundamental to military organisation, and from day one of the incorporation of new recruits, everything is done to ensure they develop it: group living, wearing of uniforms, breaking with civilian life, coping with adversity. The close-knit relationship between members of the same unit is expressed symbolically through its vocal repertoire. It appears in particular in the family metaphor found in the first couplet of the Marseillaise:

Arise, children of the motherland!

The day of glory has arrived!

Do you hear in the fields

The howling of those fearsome soldiers

Who are coming into our midst

To cut the throats of your sons and consorts?

The use of the word ”children” echoes the vocabulary used in the French armed forces, in particular the army, where under various circumstances references are made by troops to the père, or 'father' (in the navy, for instance, the père de l'arme refers to the commander-in-chief), thus situating themselves as heirs to a moral heritage. The troops are ”children of the motherland” who, though they may come from different backgrounds, have one thing in common: they are French citizens. The omnipresent references to blood confirm this idea of filiation. It has a symbolic value, associated with red, the ”vehicle of life” (Jean Chevalier, Alain Gheerbrant, Dictionnaire des symboles, mythes, rêves, coutumes, gestes, formes, figures, couleurs, nombres, Paris, Robert Laffont-Jupiter ('Bouquins' collection), 2nd ed. 1982 [1st ed. 1962], p. 976), and also the ”vehicle of the passions” (ibid.). It symbolises ”all that is good, noble, generous” (ibid.). At the same time, it gives a realistic perspective of the violence of a serviceman's life, since spilt blood evokes wounds and death. In a military setting, the anthem can also be regarded as expressing the depth of the commitment made by recruits when they decide to join up.

The lyrics of La Marseillaise, accompanied by instructions on how it should be performed, together with a brief history, in the ENSOA (non-commissioned officer training school) songbook,
published by the COFAT (army training command), 2007, ref. ENSOA/DGF/DFC/FExA.

Meanwhile, to grasp the full significance of the text, account needs to be taken of the revolutionary context in which it was written, for it highlights the values of the Republic, in contrast to totalitarian regimes of any kind. In doing so, it advocates democratic government, a form of political organisation frequently cited in justification of the involvement of the French armed forces in foreign operations (former Yugoslavia, Côte d'Ivoire, Chad, etc.). French troops also take part in UN ”peacekeeping” missions, an idea which ties in with the fifth couplet of the Marseillaise, the text of which urges not to kill but to understand the reasons for the enemy's actions:

Strike or control your blows!

Who reluctantly take up arms against us! (repeat)

But not those bloodthirsty despots!

All those tigers who pitilessly

Tear at their mothers' breast!

This couplet translates symbolically one of the French military values, that of seeking not to kill your adversary but to ”neutralise” them or ”render them harmless” (the French army stresses the fact that it favours the use of small-calibre weapons - namely the FAMAS assault rifle, which fires 5.56mm bullets - whose purpose is first and foremost to ”neutralise” by injuring, rather than to kill, even though this type of rifle is potentially deadly, like all firearms). These words can of course signify death to the enemy. But they show, too, the ambiguity necessary to fulfil this principle, which involves also an emphasis on a ”deterrent force”, in particular when participating in ”peacekeeping” missions. Yet these verses are not sung, and mostly not known, by service personnel, who generally learn only three couplets (though only the first two are an official requirement) and the chorus (see illustration). Meanwhile, only the first couplet and the chorus are performed at ceremonies and parades. Therefore, this text corresponds to institutional thinking, though it is not used directly in the initial training of military cadets. More important is the anthem's symbolic value. The Marseillaise is a kind of justification for military enlistment. It might not be sung in full, but it is the French national anthem and represents French values, the details of which are taught by other means (see Adeline Sannier-Poussin, Le chant militaire et sa pratique actuelle dans les Troupes de Marine, doctoral thesis in ethnomusicology, Université Nice Sophia Antipolis, 2014, p. 417 et seq.). To perform this anthem, if only in part, is to assert one's belonging. By singing it, members of the armed forces affirm their patriotism and recall the reasons why they enlisted and their devotion to their country. From the same perspective, the act of singing the anthem unites people from different backgrounds because it reinforces the idea that serving the nation is an honourable act. In this sense, the collective performance of the Marseillaise is, for servicemen and women, a way of expressing the extent of their commitment.

Ultimately, learning the Marseillaise in the early weeks of enlistment has a considerable symbolic impact on cadets. Besides the importance to group cohesion of the collective act of performance, the anthem in itself affirms the commitment made by these young volunteers. As well as representing the country they have chosen to serve, it constitutes a symbolic expression of the values which they are ready to defend and the full extent of their involvement in that task, for which they are prepared to sacrifice their lives if necessary. 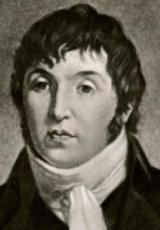