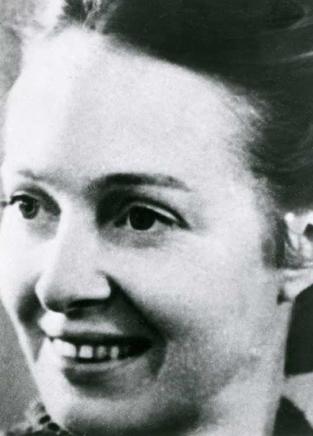 Resistant in 1940, Marie-Madeleine Fourcade was the only woman recognized as the head of a large French resistance network, the Alliance network. Michèle Cointet, her biographer, tells of her extraordinary journey.

Marie-Madeleine Bridou escaped from the conformism of the bourgeois background she was born into in 1909. She lived with her two children in Paris, far from her husband Edward Méric, an Indigenous Affairs officer in Morocco. She divided her time between "Radio-Cité" and Commander Loustaunau-Lacau's General Secretariat of anti-communist and anti-German publications. Loustaunau-Lacau was the founder of the Corvignolles network and La Spirale and the person who initiated her into undercover activities. The love of a mythical homeland gained from a childhood in Shanghai where her father was the General Maritime Messaging Agent and... "honourable correspondent" and a lack of illusions about Marshal Petain inspired her in June 1940 to believe that since the men had put down their weapons, it was up to the women to take them up.

However she let herself be convinced to follow Loustaunau-Lacau in Vichy drawn by a general delegation to the powerful French Legion of combatants. A network centered on Marseilles and Vichy was set up which proved fertile ground from which to recruit officials from ministries and patriotic officers. The break with Vichy was not long in coming when Admiral Darlan expelled Loustaunau-Lacau from the Legion in February 1941. Developments in the war offered them an opportunity to engage actively against Hitler. Indeed, submarine warfare threatened the survival of the British. Getting information on submarine departures from Lorient was vital. Only the French could provide this. In April 1941, contact was established in Lisbon where Loustaunau-Lacau got money and a first transmitting station, the most effective weapon to get round the several weeks delay with conventional mail and finally enabling an immediate response. Alliance owned up to 17 of these stations. Since Marie-Madeleine's cover was not blown, unlike Loustaunau-Lacau in Paris, she organised the Alliance network in the north and west proclaiming loyalty to England and equality among partners. The Germans called it "Noah's Ark" because of the animal nicknames adopted by its members.

Arrested in Algiers in May 1941, Loustaunau-Lacau was found guilty then handed over to the Germans. Marie-Madeleine concluded from this event that it was best to refuse to make political commitments and this led some members who wanted to have closer ties with General de Gaulle, such as General Alamichel, to put some distance between themselves and Marie-Madeleine. Driven by her companions, she took over from Loustaunau-Lacau using a neutral signature: POZ 55. Since the results were exceptional, the British eventually acknowledged her, finally unveiled, as the head of the military intelligence network, the only one to benefit from this status in Europe. A great organizer, authoritative, rigorous, a natural leader and bold, she had enough mental flexibility to follow the advice of the British to decentralise the network into sub-networks such as Sea Star or Georges Lamarque's remarkable Druids.

Alliance recruited heavily among civil servants and was unique in  another way: 24% of members were women, making it the resistant organisation with the strongest female presence. Alliance played its greatest role in the Battle of the Atlantic providing information on train operations (German transports to the east), the first information about the V1 and V2 testing at Peenemunde through Amniarix (Jeannie Rousseau), records of launch pad operations in north-western France and a detailed map of the Atlantic defences. Marie-Madeleine organised General Giraud's submarine departure from Lavandou on 4 November, 1942 to Algiers to facilitate the Allied landing there.

She was held up in England following the arrest of her assistant Faye in September 1943 but got to return to France in July 1944 and, after escaping from a German barracks, carried out intelligence missions ahead of Patton's army.

Sensitive to the material and moral suffering of the members of her hard-hit network, 431 were killed i.e. one third of the total, she spent over twenty years caring for the survivors and their families. She published memories in the form of a memorial entitled Noah's Ark and defends the memory of the Resistance as Chairwoman of the Resistance Action Committee. With her husband, Free French fighter Hubert Fourcade, she helped return General de Gaulle to power in 1958. She was neither a political party icon nor anti-fascist activist and remained faithful to her idea of the Resistance: an efficient patriotic struggle against Nazi Germany.