National day commemorating General de Gaulle’s historic appeal to the French people to refuse to accept defeat and continue the fight against the enemy.

On 10 May 1940, German troops entered the Netherlands and Belgium. The Netherlands surrendered on 15 May and Belgium on 27 May, while British and French troops were trapped north of a line running from Boulogne to Sedan. From 5 to 12 June, fighting raged on the Somme and the Aisne. Mussolini’s Italy seized the opportunity to declare war on the Allies on 10 June. On 12 June, everything crumbled. Paris, declared an open city, was entered by the German vanguard on 14 June. Paul Reynaud’s government fled to Bordeaux the next day, determined to carry on the fight.

Promoted to the temporary rank of brigadier on 1 June 1940, Charles de Gaulle, known in political circles for having held the position of secretary-general for defence between 1932 and 1937, was appointed Undersecretary of State for National Defence a few days later. He was sent by the prime minister to meet the British prime minister, Winston Churchill, to organise the continuation of the fight. Churchill had been persuaded by Jean Monnet to instantly merge the British and French governments. This alliance aimed to unify the two countries against Germany and avert any risk of direct negotiations between the two powers. Returning from his mission on the evening of the 16th carrying the text of the treaty of Anglo-French union, de Gaulle learnt the news of Reynaud’s resignation and decided to return to Britain. On 18 June 1940, General de Gaulle broadcast on the BBC, calling on the French people to refuse to accept defeat and continue the fight with him in Great Britain, by joining the Free French Forces. Surrounded by volunteers who had joined him in exile, he laid the foundations for an alternative to the Vichy regime and its policy of collaboration with Nazi Germany: Free France.

Extract from the appeal of 18 June 1940, made by General de Gaulle on Radio Londres (BBC):

The importance of remembrance

In 2005, the Appeal of 18 June was inscribed on the UNESCO Memory of the World Register, which since 1997 has listed documentary heritage of universal interest with a view to its preservation. The inscription, submitted jointly by the Institut National de l’Audiovisuel (INA, France) and the British Broadcasting Corporation, concerns four documents regarded as key evidence of the event: the manuscript of the text of the appeal broadcast on 18 June, the radio recording of the appeal of 22 June, the manuscript of the poster of 3 August and the poster itself.

On 10 March 2006, 18 June was decreed the “National day commemorating General de Gaulle’s historic appeal to the French people to refuse to accept defeat and continue the fight against the enemy”, and since then has been part of the annual commemorative calendar. On this day, commemorative ceremonies take place throughout France. In Paris, the ceremony is held at Mont Valérien. 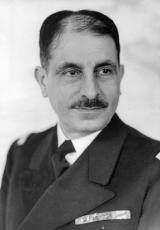