Located close to the Metz-Saint Avold-Sarrebruck road, the Ouvrage Bambesch is made of three blocks connected by underground galleries.

The fort was built in 1932 to the east of the Bois de Bambesch and was part of the fortified sector of Faulquemont. Following the French army’s retreat in June 1940, the isolated structure was surrounded and attacked on 20 June 1940 by German troops in the 167th infantry division. Demolished by an 88mm anti-aircraft and anti-tank cannon, block 2 (south) was evacuated and the men took refuge in the gallery 30 metres underground. The enemy finally attacked block 3 which risked trapping the crew at any moment under the building. After the war, the building was maintained by military engineer specialists until the fort was bought by the town of Bambiderstroff.

The site opened to the public on 31 August 1973. All the installations are in good condition, Including machines, soldiers’ barracks, infirmary, electrical installation and firing chambers. The remains of the former barracks built just next to the outpost have been cleared to improve the view.

The building is open every second and fourth Sunday from April to September and Easter Monday, Whit Monday and 15 August. Group tours even on weekdays available on request. 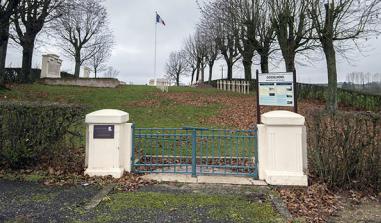