“Konzentrationslager Natzweiler” opened in May 1941 at a location called “Le Struthof”, in Alsace, which had been annexed. The Nazis decided to set up a concentration camp at this site to exploit the seam pink granite located nearby.

The deportees came from 31 countries and their numbers tripled in 1943, the year of the “Nacht und Nebel”, prisoners destined to disappear without leaving a trace. The logic of terror was complete with the installation of an experimental gas chamber and the commissioning of a crematorium.

Outside the Struthof site, the Natzweiler camp opened 70 satellite camps annexes, notably in Germany, nearly all dedicated to the war effort.

With the Allies’ advancing, the Nazis evacuated the deportees from the Struthof camp in September of 1944. When the American soldiers discovered the site in November it was completely empty, but the satellite camps continued to operate.

52,000 deportees went through this camp and its “Kommandos” between 1941 and 1945. Nearly 22,000 died – most of them from exhaustion, inhuman treatment or hunger, others from the pseudomedical experiments inflicted on them. The camp also served as a location for executing resistance fighters. With a 40% mortality rate, the Natzweiler camp was one of the deadliest in the SS concentration camp system.

The entire site belongs to the Ministry of Defence and has been listed as a historical monument since 2011. Since 1 January 2010, it has been placed under the administration of the Office National des Anciens Combattants et Victimes de Guerre.

At the former camp, visitors can notably discover four barracks, including the prison, the crematorium and a museum dedicated to the history of KL- Natzweiler. Photos, archived documents, objects and drawings enable the public to understand the camp’s founding, its organisation, the deportees and their everyday life, the satellite camps, the end of the camp, the trials, remembrance, etc.

The gas chamber, set up at the request of Nazi medical professors to undertake experiments, is located 1.5 km further down and can also be visited.

The European Centre of Deported Resistance Members (CERD) was inaugurated on 3 November 2005 by Jacques Chirac, President of the French Republic.

Designed to be a site for information, thought and encounters, it gives an introduction to the visit to the nearby camp.

Touchscreen kiosks, videos and photos laid out on 2,000 m² of exhibitions present the history of World War II, the resistance movements that rose up throughout Europe and the implacable killing machine set up in the concentration camp system.

The CERD sits above the “Kartoffelkeller”, a reinforced concrete cellar that is nearly 120 metres long, built by deportees. It has become a symbol of the oppression and the exhaustion suffered by the deportees through work and beatings. To this day, nobody knows why.

THE NATIONAL CEMETERY AND THE DEPORTATION MEMORIAL

On 23 July 1960, the “Memorial to the Heroes and Martyrs of Deportation” was officially inaugurated by General de Gaulle, President of the French Republic. A Memorial “Lighthouse” standing 40 metres tall and visible from the valley, it represents a flame and shows the emaciated silhouette of a deportee. The body of the unknown deportee, symbol of all the victims of deportation, lies in a tomb at the foot of the Memorial, along with 14 urns containing symbolic soil or anonymous ashes from the concentration camps in Germany. The National Cemetery holds 1,118 tombs of Frenchmen and Frenchwomen who died in deportation, at KL-Natzweiler or other camps.

Every year in June, the Memorial’s esplanade hosts the National Remembrance Ceremony, which is held in two parts: a wake is organised on Saturday evening, attended by the last living deportees, during which people in attendance are asked to take turns maintaining the flame. The official commemorative Remembrance ceremony is held on Sunday morning, presided over by a representative of the French State (Minister or President of the French Republic).

Welcoming more than 90,000 schoolchildren a year, the European Centre of Deported Resistance Members fulfils an important educational mission: transmitting history, of course, but beyond that to increase each young visitor’s awareness of his/her role as a citizen. This provides an awakening to the fundamental values of “liberty, equality, and brotherhood”, and a call to vigilance toward the extremist and racist threats that continue to face us today.

> Free admission for one accompanying adult

There is an area dedicated to temporary exhibits on the mezzanine in the reception lobby.

Free GUIDED TOURS of the former Natzweiler camp are available (outside school contexts):

The number of participants is limited to 100 people per visit. They should sign up upon arrival at the CERD reception desk. Partial accessibility for disabled persons. Proper attire required. Children under the age of 10 must be accompanied and placed under adult supervision. The management reserves the right to refuse admission to anyone who does not show respect for the site and the memory of its victims. Pets are not allowed. As a site of history and remembrance, the site of the former Natzweiler-Struthof concentration camp must be visited with respect for its victims. Schools will be held responsible for any damage caused by their students at the historical Struthof site or its exhibits.

From Christmas to late February 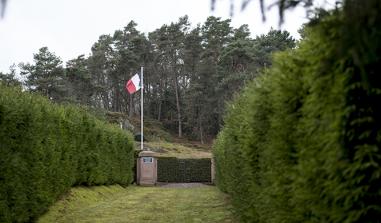 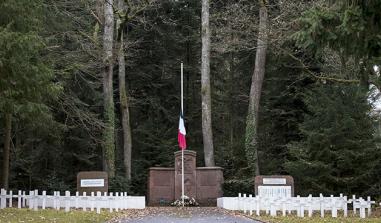 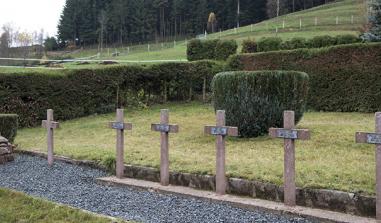 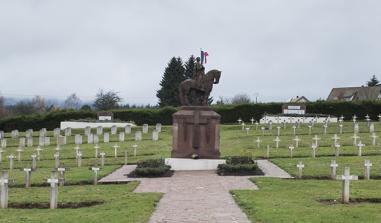 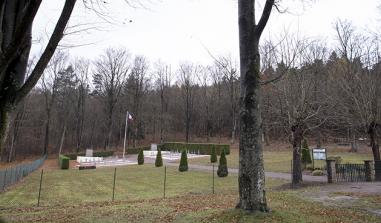