Museum of the Order of the Liberation

Memorial dedicated to the Companions of the Liberation

In thirty years the unquestionable prestige of the Order has allowed a great wealth of collections to be assembled in a single place. Its magnificence owes much to the diversity of the 1,061 Companions of the Liberation, which unites all sectors of the active resistance movement, bringing together teachers and military chaplains, African tirailleurs and Army Generals, students and workers, as well as 18 fighting units and 5 French towns. These collections - comprising mainly of personal objects and documents donated by the companions and their families - bear witness to their commitment and the ordeals they endured. A veritable showcase of the Order, the museum has more than 4,000 items in its permanent collection which, covering three areas (the France libre, the Resistance movement on the home front and the Deportation), illustrate the companions' journeys. Although several objects are remarkable because of their rarity, they are equally so because of the people to whom they are linked. Of particular note are Jean Moulin's civilian clothes and sub-prefect uniform, the would-be Commander General Leclerc's jacket, pennants taken from the enemy on the battlefields of Africa and Europe, Pierre-Henri Clostermann's flying jacket, the first flags of the France Libre's navy, original drawings made in the concentration camps and secret pamphlets, diaries and radio sets etc.
The museum's main hall is devoted to General de Gaulle, the founder and Grand Master of the Order. It houses personal objects, all of his French and foreign decorations, his only surviving full uniform and some of his most important war manuscripts, amongst which is the original text for the "A tous les Français" (calling all French people) poster, which was given UNESCO status in 2005. As a museum of objects, the Museum of the Order of the Liberation is an obvious complement to the renovated Museum of the Army and the Charles de Gaulle History Museum, a thoroughly modern concept, based uniquely on images and sound. A place of remembrance and history As the companions gradually die, the museum has become the focus for the Order of the Liberation's remembrance work. Because of its good position in the Invalides, it receives an average of 100,000 visitors a year and has developed several educational programmes (preparing for the national competition of the Resistance movement and the Deportation, commentated tours for 3rd, 1st and final year pupils and questionnaires for primary school pupils etc.). A place of remembrance and history, the museum is also a research and documentation centre, managing the Order's archives and the companions of the Liberation's files, a library (4,000 titles) and a photographic library (10,000 photographs). The Museum is also on the internet, thanks to the Order's website, where of particular interest is a biographical note on each Companion of the Liberation as well as a selection of some of the most significant objects and documents from the Museum's collections
Museum of the Order of the Liberation Visitor reception and tickets through the Museum of the Army Hôtel national des Invalides 129, rue de Grenelle (northern entrance) or Place Vauban (southern entrance) Telephone & fax: + 33 (0)1 47 05 04 10 Email: musee@ordredelaliberation.fr Opening times (cash desks close I hour earlier) From the 1st April to the 30th September: Monday to Saturday from 10 am to 6 pm, Sundays and Bank Holidays from 10 am to 6.30 pm From the 1st October to the 31st March: Monday to Saturday from 10 am to 5 pm, Sundays and Bank Holidays from 10 am to 5.30 pm Closed: the first Monday of each month (except in July, August and September) and the 1st January, 1st May, 1st November and the 25th December Entrance charges Full rate: 8.5 € - Reduced rate: 6.5 € (students - under 26 years old, ex-servicemen and large families). The Paris Museum Pass is accepted. Free entry: under 18's, young people between 18 and 25 years old resident or born in the European Union, job seekers and those on benefits (on production of proof dated within three months), the disabled, students of history and Art history from the School of the Louvre, and ministry of defence personnel. Tickets provide entry to the Museum of the Army, the tomb of Napoleon the First, temporary exhibitions, the Museum of Relief Maps and the Museum of the Order of the Liberation. Guided tours available by appointment only (maximum 25 people). Access RER: Line C (Invalides station) Underground: Invalides, Varenne, Latour-Maubourg Bus: 28, 49, 63, 69, 82, 83, 92, 93 Centre of documentation Photographic library 18,000 photographs (reproduction on request) Library 4,000 works (by appointment only from Monday to Friday) Postal address : Museum of the Order of the Liberation 51 bis bd de Latour-Maubourg 75700 PARIS cedex 07 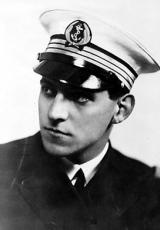